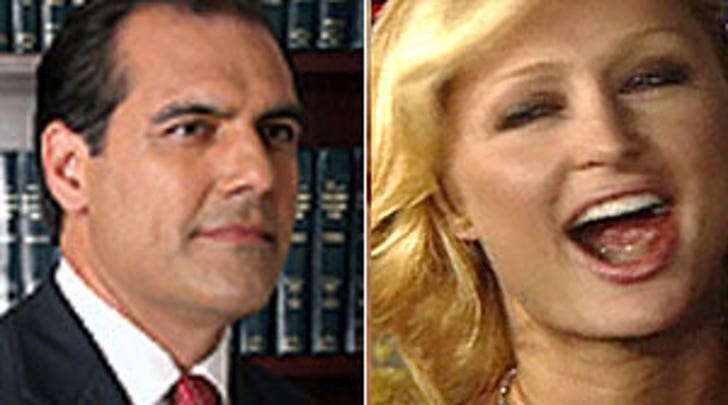 In the ultimate of ironies, turns out the wife of Los Angeles City Attorney Rocky Delgadillo -- the man who wanted more jail time for Paris Hilton -- was popped for driving with a suspended license.
The incident occurred in 2005, according to the Los Angeles Times. Michelle Delgadillo's punishment -- a $186 fine.

Delgadillo said through a spokesman the two incidents are not comparable. "Paris Hilton, when driving with a suspended license, was on probation for a DUI-reckless driving charge," the Delgadillo spokesman said. Michelle Delgadillo was not on probation when cops stopped her for an illegal turn and found out her license had been suspended -- a year earlier, she was in an accident and could not show proof of insurance.

BTW, the City Attorney's office did not handle his wife's case.

So is it better to be an heiress or an City Attorney's wife? You decide.