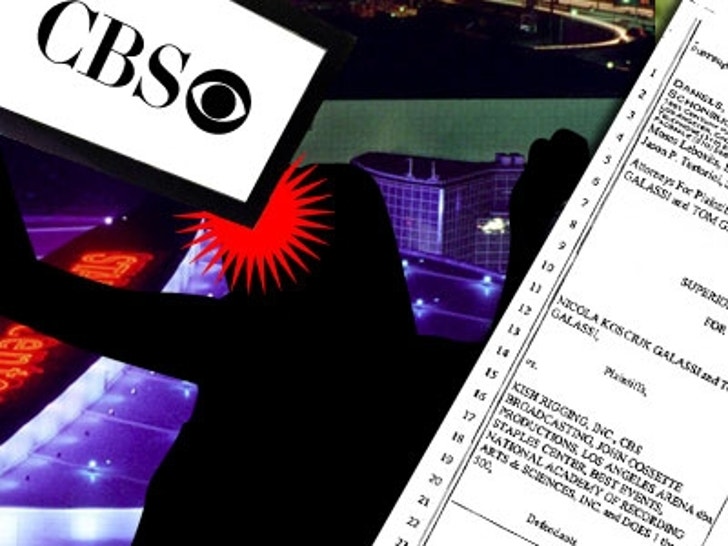 TMZ has obtained a lawsuit over the Grammys -- a lawsuit in which a man claims he's not getting any from his wife anymore and he wants someone to pay. 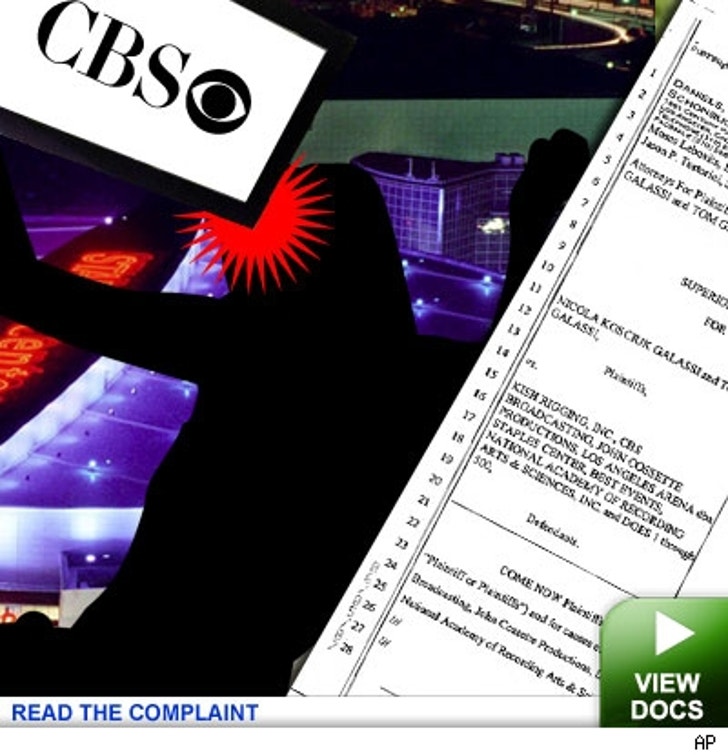 The man claims he's been denied access to the "services" of his wife after a Jumbotron monitor fell from the ceiling and crushed his wife's neck at the 2006 Grammy Awards. That's gotta suck.

In a lawsuit obtained by TMZ, Nicola and Tom Galassi claim that the people operating the jumbo-sized video screen allowed one to drop in an uncontrolled manner, which allegedly struck several audience members, Nicola among them. Heads up! As a result, Nicola claims, she sustained severe and permanant injuries, including ruptured cervical discs, traumatic brain injury, neck and shoulder pain, and of course, mental and emotional distress.

So, why is her husband, who wasn't hit by the Jumbotron, suing? According to the suit, Tom claims he's lost the love affection -- and more importantly -- the "services" of his wife. Guess he'll just have to service himself instead.