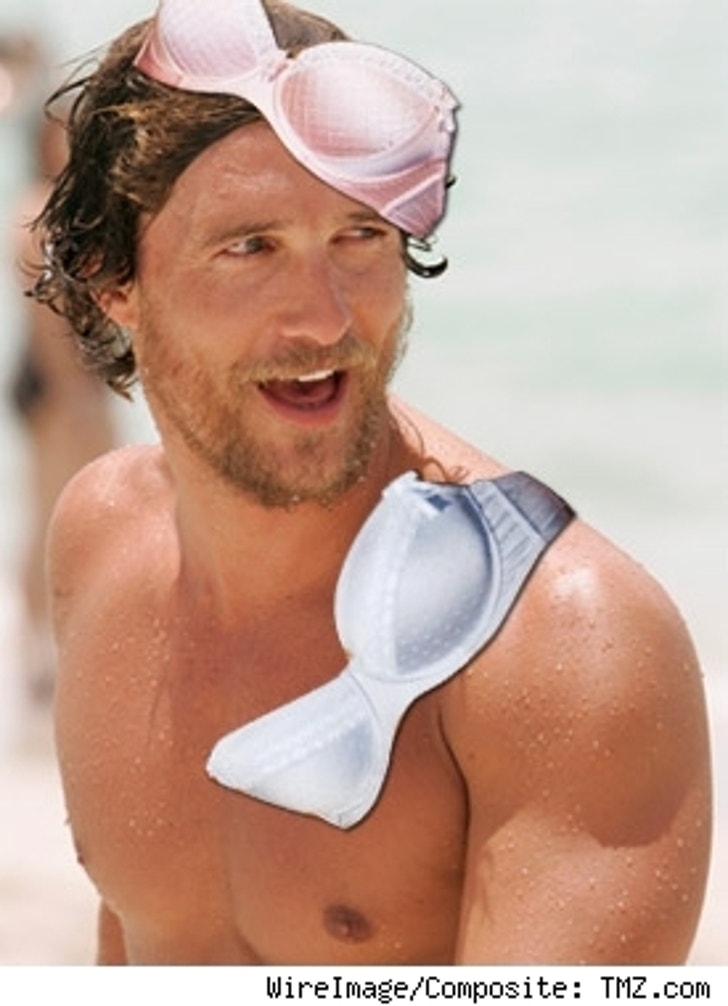 Everyone knows Matthew McConaughey likes to go topless -- and now he wants female extras on his new movie to do the same!

A source on the set of Matt's new film, "Surfer Dude," tells TMZ that during a recent pool party scene that featured a bunch of female extras in bathing suits, McConaughey, who is also a producer on the movie, told the ladies if they took their tops off they would get more money for their time. We're told many of the women agreed. Welcome to Hollywood, girls!

With the female extras in all their bare-bosomed glory, Matt then requested girl-on-girl action for the scene. Sources tell TMZ that his request was not met with any complaints and only one extra left the set. Maybe this film will be good after all!

A rep for McConaughey told TMZ, "You should check with the Screen Actors Guild as they determine the pay scale and not Matthew McConaughey."