Angelina Jolie banned press from the premiere of her film last night -- but when it came to the fans, she showed nothin' but love. 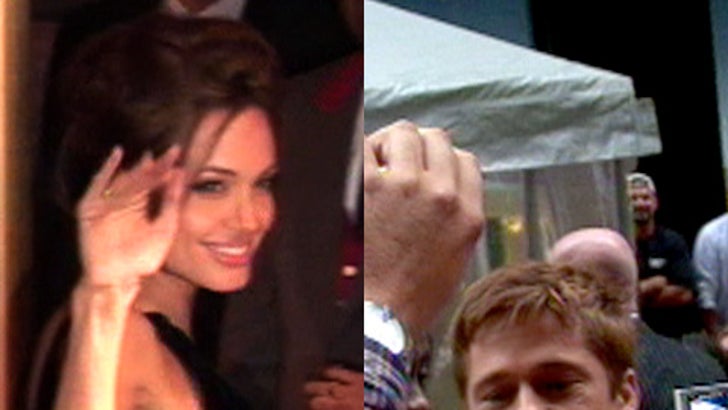 Both Brad and Angie signed photos for almost everyone who showed up to the premiere of "A Mighty Heart," starring Jolie and produced by Pitt. Looks like having AP and USA Today pull themselves off the red carpet allowed for a bit more time with the autograph-hungry crowd!

And though she obliged with plenty of John Hancocks, Angie didn't give the crowd anything more to go wild about -- pulling off a classy exit from her SUV and narrowly avoiding a Britney-esque moment.