Those DUI arrestees gotta stick together! 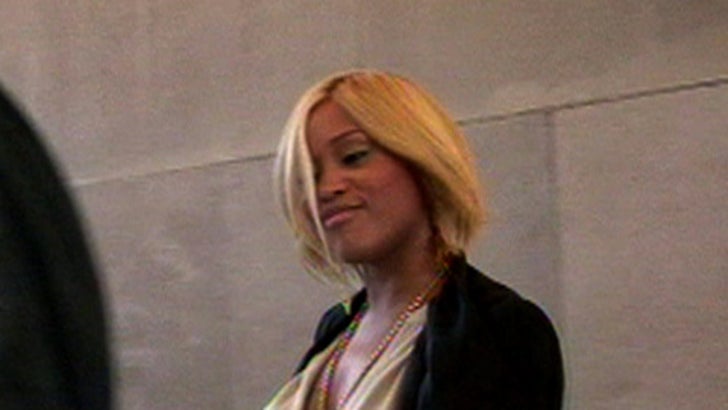 With Paris behind bars, TMZ spotted rapper Eve coming out of TRL in NYC yesterday, where she told our photog "God bless" when asked about Hilton. Eve, who entered a not guilty plea in her case, will find out her own fate when she returns to court June 28.

Brangelina celebrated the premiere of their new film "A Mighty Heart" last night, with Jeremy Piven and Naomi Campbell showing up to the afterparty at The Metropolitain Club. Kimora Lee Simmons and Djimon Hounsou were there, showing up in the same car, but slightly staggering the times of their entrances.

Also out last night were the ladies from "Sisterhood of the Traveling Pants." America Ferrera, Alexis Bledel, Amber Tamblyn and Blake Lively, were at the Nylon Magazine/MySpace party at Irving Plaza, where Kirsten Dunst's boyfriend Johnny Borell performed.

All this and more in today's "does my ass look big in these pants?" edition of Star Catcher.