There's no better way to get some much-needed attention these days than by championing Paris Hilton -- just ask Daniel DiCriscio! 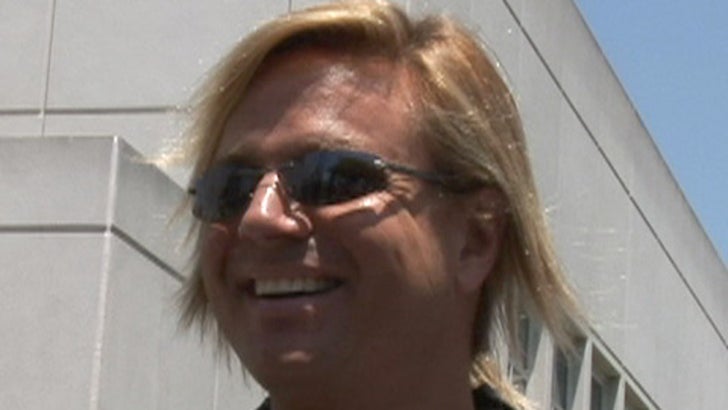 DiCriscio, a "celebrity image consultant" known more for calling Bobby Trendy a "cheap Chinese buffet" than anything else, showed up to Lynwood jail this weekend, where the Zarf-alike waited in line in hopes of visiting Paris. DiCriscio even took to the press podium and gave an impromptu conference about his visit -- revealing little, since he never saw the incarcerated heiress!

So how does this semi-trainwreck know the Hilton clan? He says he's friends with Nicky's godmother, who TMZ uncovered as Faye Resnick -- infamous friend of Nicole Simpson, who testified against OJ in the murder trial, and more recently did the interior design for Paris' pad.