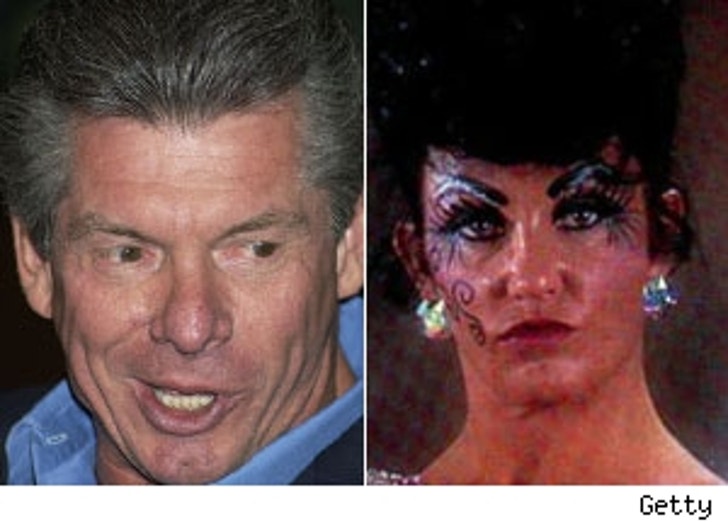 Death struck twice for the WWE this week, and the real fatality is making the WWE wonder whether the staged one should stay in the script.

WWE fem-fighter "Sensational Sherri" Martel was found dead at her mother's home June 15, and just three days before, chief butt-head Vince McMahon was "killed" in a limo explosion on the "Monday Night RAW" broadcast. Foul play wasn't suspected in Martel's death, but cops have said in reports that the cause wasn't natural.

In light of Martel's real death, we're told there were discussions inside the WWE about abandoning their current "McMahon is Presumed Dead" storyline, with many WWE folks feeling that it was in poor taste.

But c'mon, folks, this is the WWE we're talking about! Not only is McMahon staying dead, the WWE, according to reports, plans to push the storyline even further with the discovery of DNA evidence linking McMahon, his limo driver and a "mysterious third party" to the fictional attack ... all for consumption this Friday on "WWE Smackdown."

That sound you hear is Owen Hart, spinning in his grave.