Paula Abdul was spotted giving out hugs to a group of children outside her birthday party last night -- with the embraces hovering somewhere between overly nice and extremely awkward. 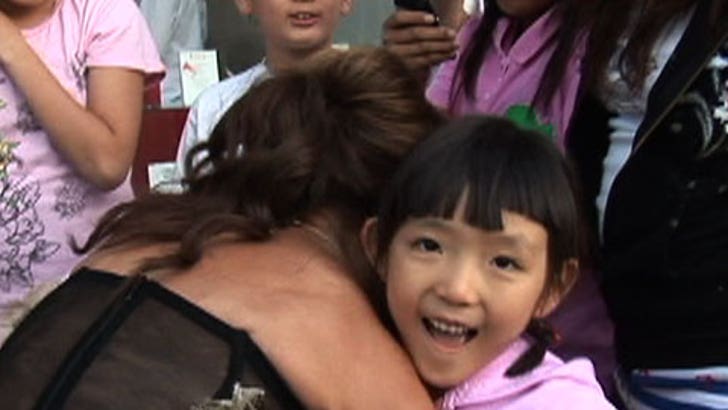 On her way into Ketchup in West Hollywood, Abdul walked up to a group of five children, and hugged each of them one by one, curiously lingering a bit too long with the kids, the youngest of whom couldn't care less about the "Idol" wackette.

With no Simon, Randy or Seacrest in sight, Abdul's b-day scavenger hunt was an "American Idol" wannabeen fiesta, with Season 6 rejects including Gina Glocksen, LaKisha Jones, Chris Richardson and Hayley Scarnato all taking part in the festivities.