Gripping a huge wad of cash, rapper Busta Rhymes completely flipped out when a TMZ camerawoman turned the lens on him outside a huge star-studded party at Republic nightclub in Hollywood last night. 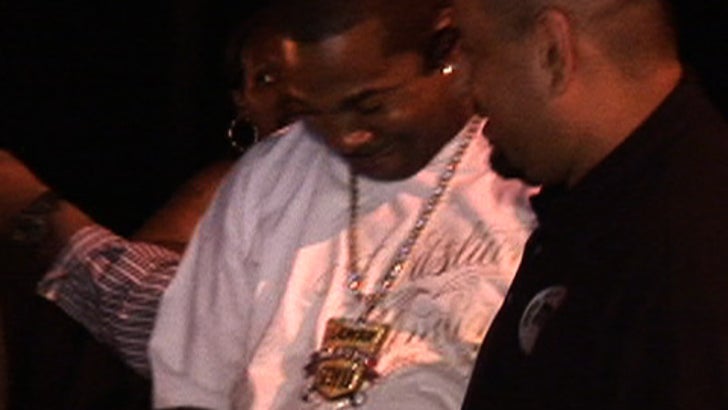 As soon as Rhymes noticed our photog, the hip hop heavyweight -- who's still waiting to face a judge on accusations that he beat the living crap out of someone over money last year -- called her over and demanded that she erase a shot of him in the midst of some sort of shenanigans in the club's back parking lot.

Fortunately, our camerawoman kept rolling as Busta tried to lay the verbal smackdown. Check it out.