The Olsen Twins hit up Courteney Cox's favorite restaurant last night -- but one of them did not want to be seen ... maybe she didn't like the food? 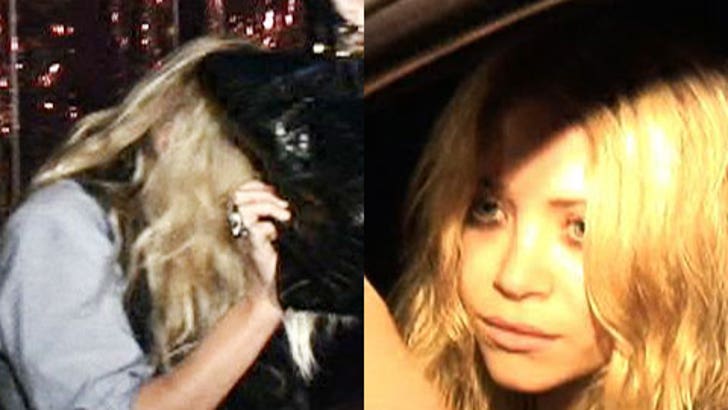 Mary-Kate and Ashley bolted from Il Sole in West Hollywood on Tuesday, retreating into their waiting SUV, where Ashley absurdly kept her head buried between her knees as photogs tried to snap a few photos.

A spaced out Mary-Kate took the wheel where she was -- unfortunately for her and anyone who sees her creepy eyes -- unable to duck and cover like her sister.