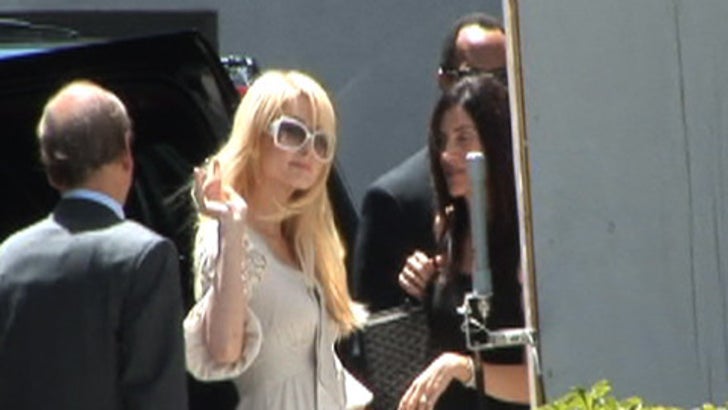 Paris was sporting a fetching cream colored frock, much better than the county-issued duds she's been rocking for the last 23 days. Paris and posse (including aunt Kyle Richards) arrived in three separate limos. Paris, King and crew psyched out the news crews waiting for her outside the studio by pre-taping her "Live" interview.