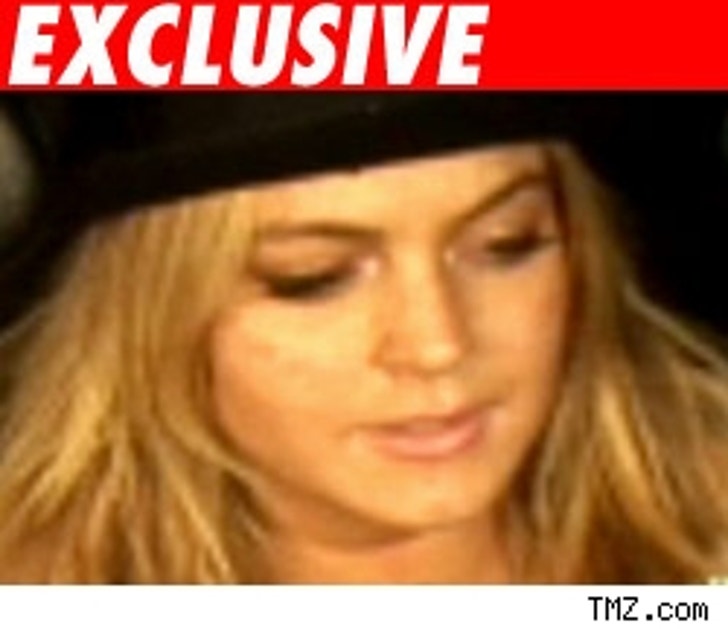 Lindsay Lohan was allegedly drunk and had cocaine in her system during an early morning smash-up in Beverly Hills on Memorial Day weekend.

According to multiple law enforcement sources, toxicology reports conclude that Lohan, 20, had "nearly twice the legal limit" of alcohol and traces of blow in her bloodstream when she crashed her 2005 Mercedes SL-65 convertible into a curb on Sunset Blvd. around 5:30 AM on May 26. In California, drivers with a .08 or higher are legally drunk.

Police tell TMZ Lohan and two other adults were in the car at the time of the accident. After the crash, she was taken to a local hospital and treated for minor injuries, then placed under arrest on suspicion of DUI. Cops later said they found a "usable amount" of cocaine in the car.

We're told that the Beverly Hills Police Dept. could present the case to the Los Angeles D.A. in the next few days.

Lohan's lawyer, Blair Berk, told TMZ, "It's highly inappropriate for me to discuss a pending case." Berk added, "It is extremely unprofessional for law enforcement to do it."