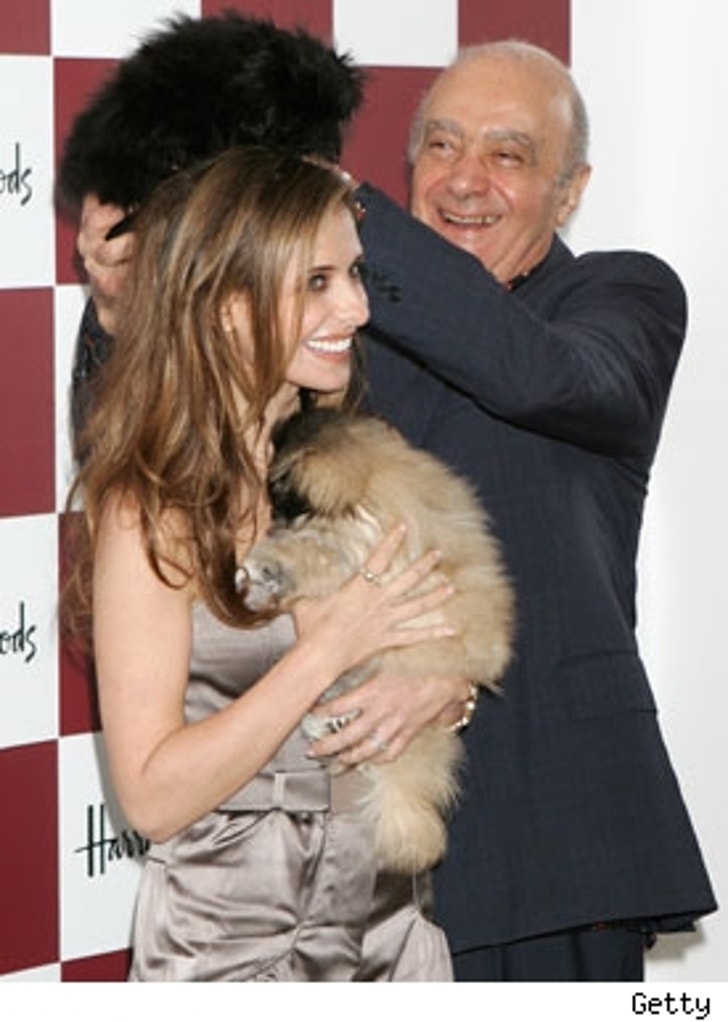 Sarah Michelle Gellar looked like she was ready to slay Mohammed Al-Fayed after the billionaire placed a dog on her head! That's right. A live dog! What a bitch!

Gellar was in London to help launch Harrods summer sale on Monday, when Al-Fayed, who owns the world renown store, knighted her with the four-legged accoutrement. Fur-galicious!

Al-Fayed's son, Dodi, was dating Princess Diana when their car crashed in Paris in 1997, killing them both. Fayed has pursued numerous inquests into the circumstances surrounding the deaths. A star-studded charity concert honored the late Princess at Wembley Stadium on Sunday.