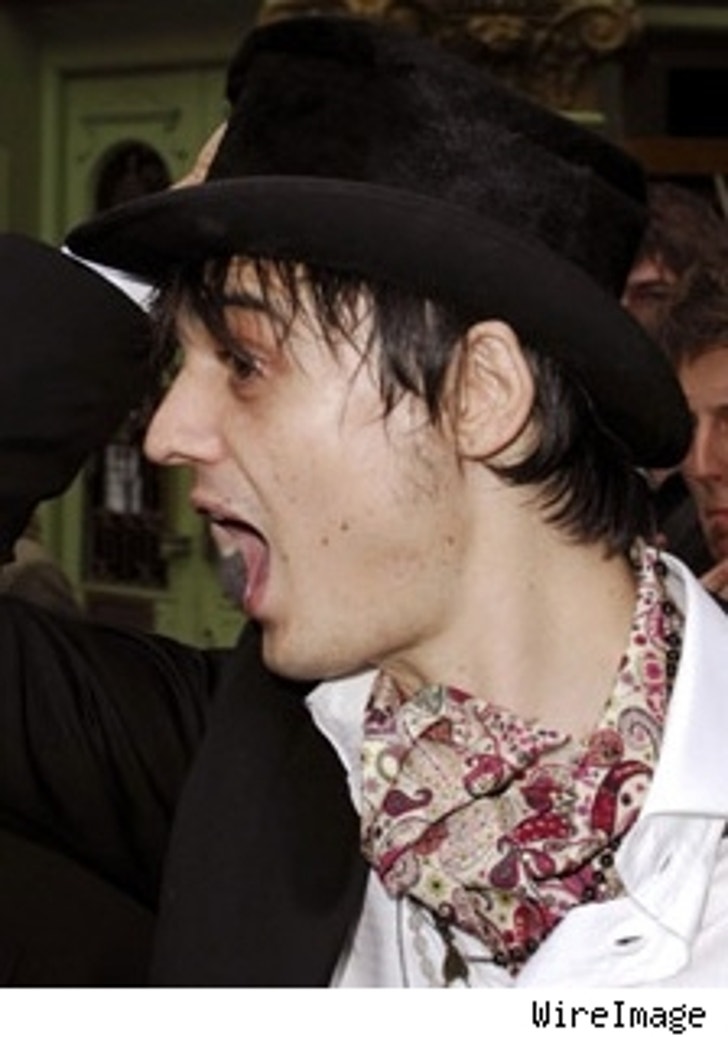 Somebody get Pete Doherty a watch -- and a clue! The rocker boyfriend of Kate Moss arrived so late this morning to his court appearance that Judge Davinder Lachhar of West London Magistrates court issued an arrest warrant for the human ten-car-pile-up.

Doherty was more than two hours late for his appearance, according to reports, and when he finally showed up, pleaded guilty to possession of cocaine, heroin, marijuana and ketamine, as well as to two drunk driving offenses. He'd been stopped in his car by police on Kensington High Street and arrested on May 5.

The former Babyshambles frontman has seemingly been in and out of rehab and jail more times than anyone can count, and he's already reportedly on thin ice with Moss after reports in the UK claim he was caught last week with another woman.