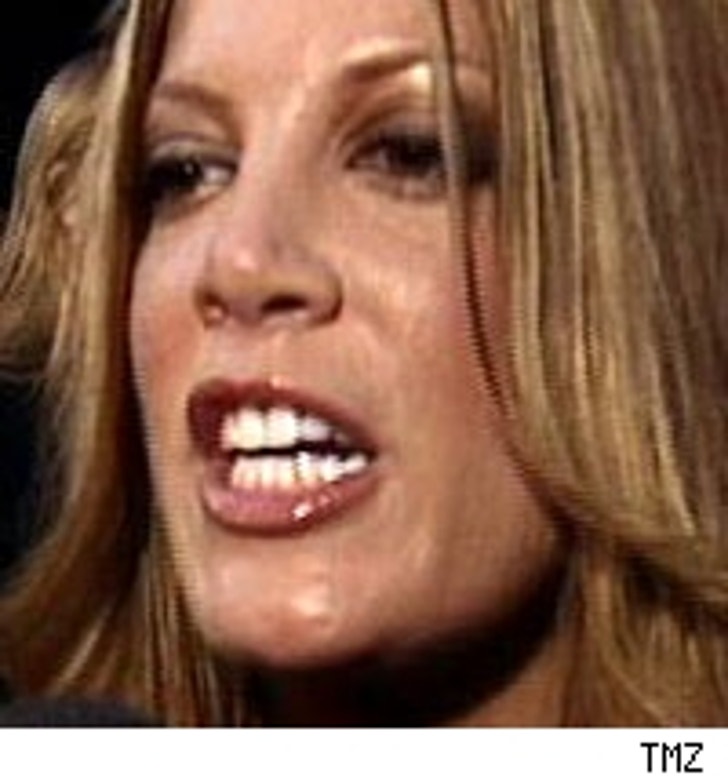 Tori Spelling is following in her late TV mogul dad Aaron's tiny footsteps and learning how to create lots of drama -- behind the scenes!

Well placed sources tell TMZ that Tori was a total terror while shooting promos for the second season of her Oxygen "reality" series, "Tori & Dean: Inn Love." We're told the new mom was more than two hours late to the set and would not interact with other actors. Post-partum aggression! Sources say Tori was annoyed by the cast because they "looked too good." Oh the gall! Apparently, motherhood isn't agreeing with her!

On-set sources tell TMZ that Tori then insisted she shoot her scenes separately from other actors and against a green screen. The "good-looking" cast were then forced to wait around (past the 7:30 PM wrap time) for Tori's shoot to end, so they could begin to do their scenes against the green screen. All of which would be combined in post-production and edited to look like they were one big happy family. Hmmm. Sound familiar?

A rep for Tori told TMZ that there were two separate stages, and "Tori was on-set at 8:00 AM. The shoot was always intended to include the green screens. " As far as Tori saying the other actors "looked too good," Tori's rep added, "That is absolutely ridiculous."

A rep for Oxygen also reiterated to TMZ, "This story is totally false."