While most people celebrated the 4th with a swim, fireworks and a barbecue, Bai Ling spent her Independence Day getting married! Well, at least that what she said. 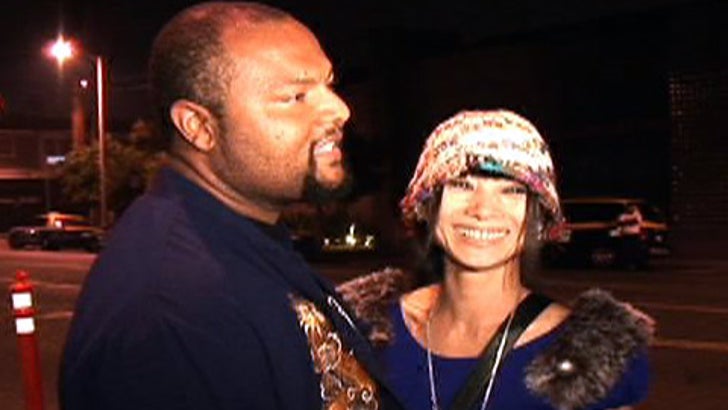 TMZ spotted the always wacked-out, self-described "crazy movie star" and chicken dancer outside Area last night, where she announced to the world, via paparazzi, that she got hitched in Sin City earlier that day. She may want to tell her reps now, since they told TMZ that no wedding occurred.

Her "husband" would only say his name was "anonymous" ... though it isn't hard to see why he'd want to keep his identity secret!

So You Think You Can Dance? Not If You're Bai Ling!