The naughty girl with the "Superhead," Karrine Steffans, was spotted with a ghostly-looking Bill Maher leaving Firefly in Studio City on Tuesday. Politically with a wreck! 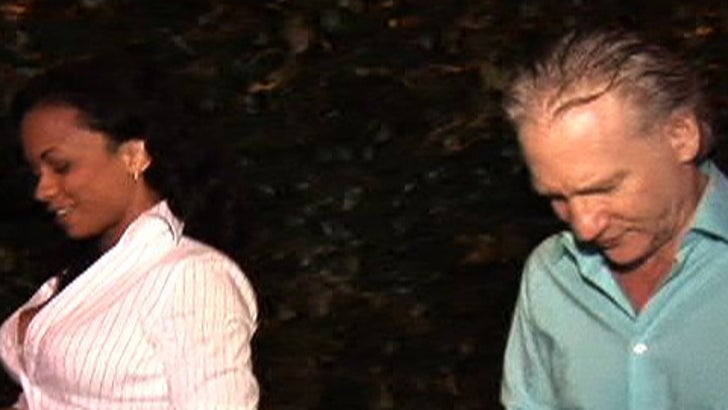 Steffans, who was previously linked to Bobby Brown just after his split with Whitney Houston (Hell to the "naw!"), took her time walking to her car and plugged her new book, "Vixen Diaries," allegedly coming out this September. Steffans promised that she'll be dropping more A-list intimate details. Say what?!