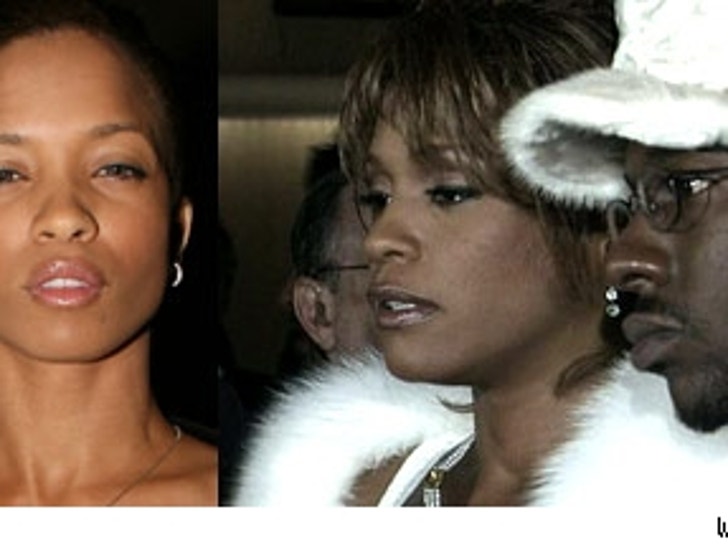 Recent reports have suggested that Karrine Steffans, the self-proclaimed "Video Vixen," may have caused the impending divorce of Whitney Houston and Bobby Brown. But a source with knowledge of the relationship tells TMZ that it's Brown who has sought out Steffans for moral and financial support: He stays at her L.A. home "frequently" and Karrine actually ponies up for Bobby's pre-paid cell phone. 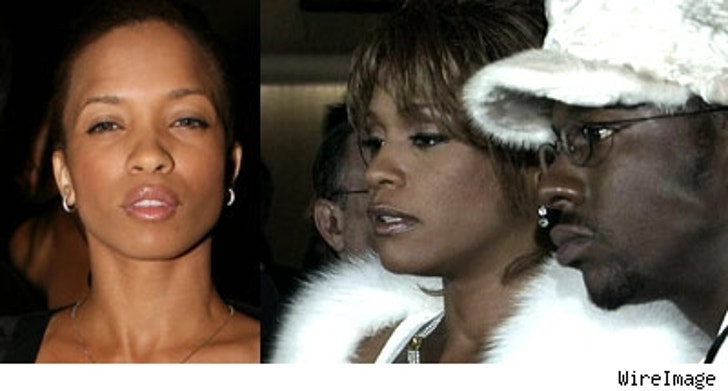 Bobby recently talked about asking out Whitney for the first time on "The Tyra Banks Show."

According to the TMZ source, there is in fact no romance between Brown and Steffans, and that outsiders are creating that illusion because of her past, in which she was known as "Supahead" by legions of R&B and hip-hop artists to whom she provided sexual services on the sets of their videos. She wrote a book about her experiences, "Confessions of a Video Vixen," which was a New York Times bestseller.

Steffans recently told the New York Daily News' Lloyd Grove that her relationship with Brown was "a really tricky situation" and called him her "dearest friend," but wouldn't admit to having a physical relationship. During the summer, at a concert Brown gave with fellow '80s artists Bell Biv Devoe and En Vogue at the Greek Theater in Los Angeles, Steffans was backstage and in fact took Brown home in her car. Brown had told the audience that he and Whitney were on the rocks and that he needed a "tenderoni" to take home; it appears he found that "tenderoni" in the form of Steffans. Brown and Steffans' encounter that night was caught on tape by a show called "I Married A Baller" on the TV One network.

Ironically enough, Steffans told Grove back in August that she didn't want to "wreck any marriages" and that she was "a big fan" of Whitney's. "I want her to come back and sing her heart out," said Karrine of Whitney.