One just got out of jail, and the other is still in rehab and could end up in jail -- Paris Hilton and Lindsay Lohan both hit up the same 4th of July party in Malibu last night. Fireworks indeed! 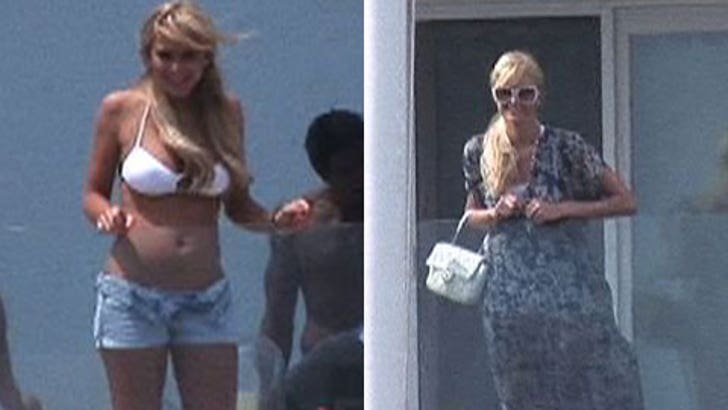 TMZ cameras spotted the frenemies yesterday, enjoying themselves at a couple of beachside fiestas. Paris had her own party, while LiLo left Promises for the day to go to the Polaroid Beach House -- the houses are next to each other on the same strip of sand.

With a crew of paparazzi snapping shots from a distance -- guess they weren't invited -- Lindsay danced around the balcony of the Polaroid Beach House, where Hilton made a brief cameo to mingle on the porch, before heading back to her own party next door.