Paris shook the last of her jail dust off with a star-studded beach bash on the 4th ... land of freedom! 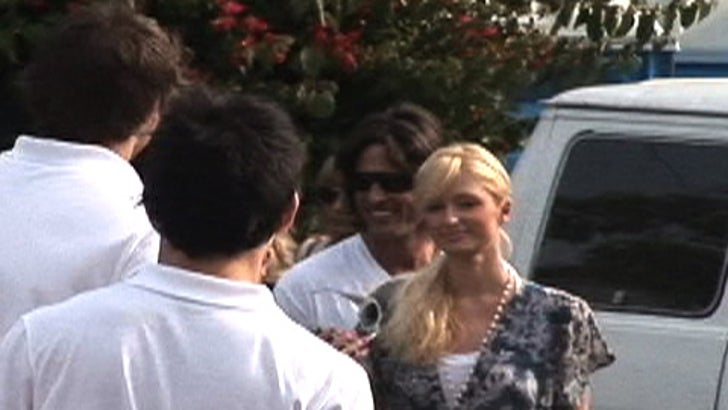 Sister Nicky was seen pulling up to the bash at the Polaroid Beach House, surrounded by a bevy of boys in cute hats. In-a-brick-fix Sean Stewart was there, and buddy Kim "The Tush" Kardashian. Kevin Connolly kidded around surfside for our cameras, while cheerless Jared Leto wore a leather jacket -- making him, finally, hot. Cameras also caught Lindsay and her striped dress brigade exiting their cars for her party next door.

Dave Navarro was spotted exiting a Porta-Potty, and cameras caught a very glum looking Nicky leaving the party early, what's a mattah hon? Future sexiest man alive and "Transformers" star Amaury Nolasco flashed his dazzling smile for us. And the festivities were rounded out by Elliot Mintz, who declared the event "sensational" while snacking on a power bar.