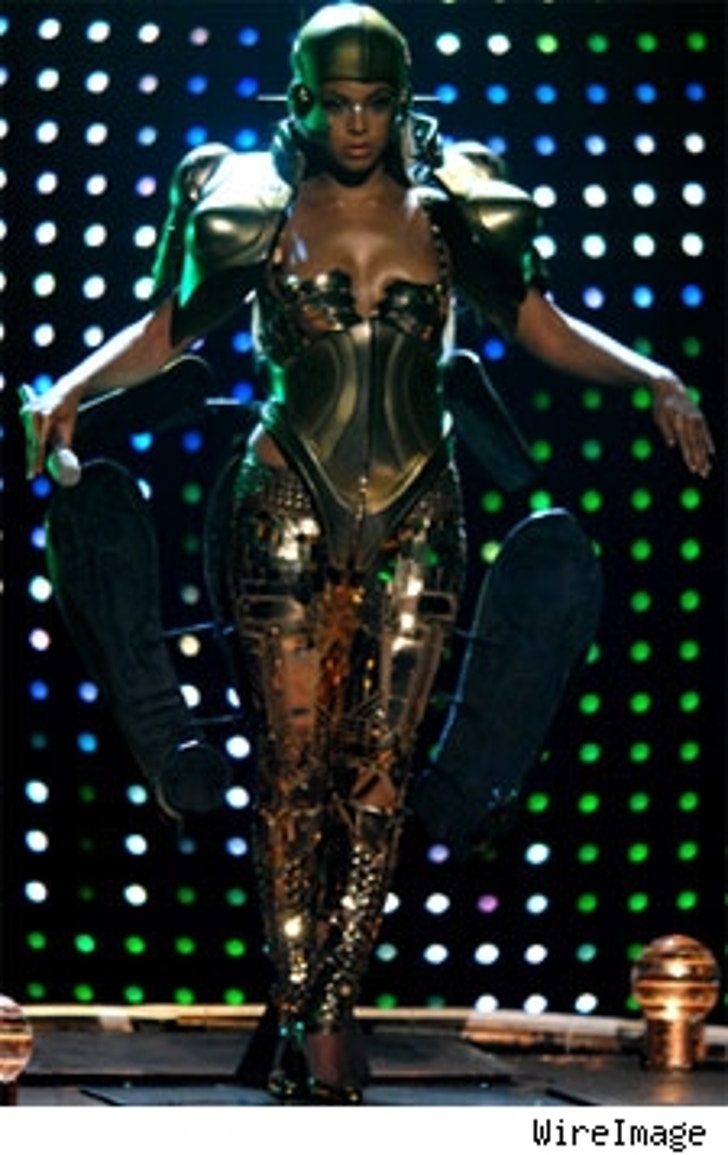 Thank you Rev. Sharpton. In response to your statement questioning TMZ's use of the term "roboho," first and foremost, please note that we called Beyonce's performance outfit "roboho" not Ms. Knowles herself. There is a difference. One need not know a celebrity personally to have an opinion on their wardrobe. Joan Rivers created an entire industry based on this fact.

As to accusations that our comment was racially motivated, TMZ has humorously called into question many celebs for wearing racy outfits -- regardless of their race. In the past, TMZ referred to Victoria Beckham, aka Posh Spice, as "poshtitute," Hulk Hogan's daughter a "working girl" and called Lindsay Lohan's trashy ensemble a "HO-rror." A tight mini-dress is a tight mini-dress! Even Kid Rock got a humorous "ho" reference in a December 2006 story, and last we checked, he was neither Black nor a woman.

The point of the BET Awards story was to humorously highlight the fashion missteps of celebrity attendees at the show. We were making light of their outfits -- not who they are as people. With everything serious going on in our world, if you can't make fun of something as superficial as awards show clothing, then what can you make fun of? TMZ has done similar fashion stories for the Oscars, Grammys, Emmys, CMTs, etc. If nothing else, the wardrobe critique of the BET Awards proved that TMZ is an equal opportunity offender when it comes to the snarky fashion policing of Hollywood.

We ask you, should the word "ho" be banned? Or only in reference to Black women? Isn't the context in which a word is used almost as important, if not more so, than the actual word? While others may have used the term with maliciousness -- we clearly did not. It was a humor piece -- as all of our fashion roundup stories are.

TMZ appreciates your feedback, Rev. Sharpton, and the dialogue it has opened, but it is clear that the only thing more subjective than what is fashionable, is what one finds funny.