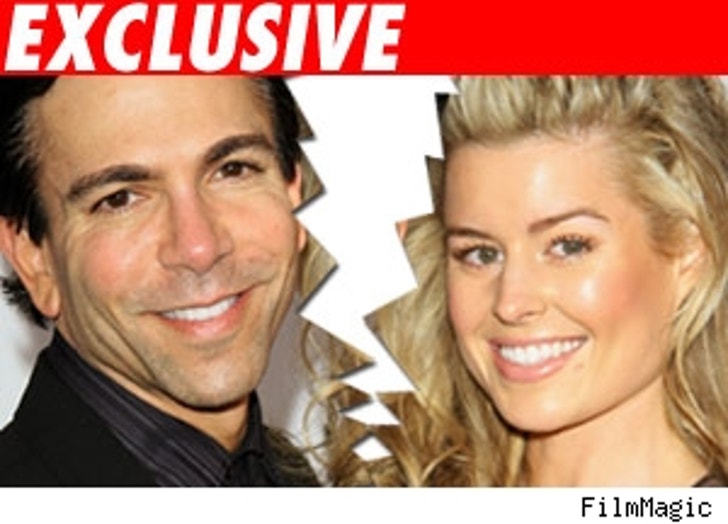 "Extreme Makeover" dentist Dr. Bill Dorfman and his bride, "Apprentice" contestant Jennifer Murphy could not bridge the gap and have split after just one year of marriage.

In documents filed Monday in Los Angeles County Superior Court and obtained by TMZ, Murphy -- who Donald Trump once called "one of the most beautiful women I've ever seen" -- cites irreconcilable differences as the reason for the bust-up.

Mrs. Dorfman, a former Miss Oregon, met the toothy doc at the 2004 Miss USA Pageant, where she was competing. The couple began dating a year later when Dorfman hired Murphy to star in a tooth whitening ad. The couple has no children.