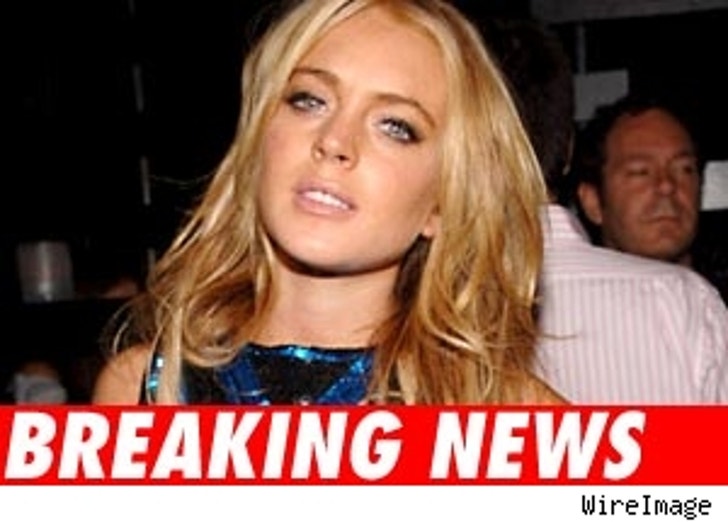 In one of the most under the radar moves she's ever made, Lindsay Lohan quietly walked into the Beverly Hills PD station late Thursday afternoon to be officially arrested for her May DUI.

According to the official Los Angeles Sheriff's Department website, Lohan was held in custody for about an hour around 4:00 PM, until she was released on her own recognizance -- routine for a first time DUI offender. Police sources tell TMZ that Lohan was "very pleasant and cooperative."

Lohan was charged with driving with a blood alcohol level greater than .08 and misdemeanor hit and run, this according to the Beverly Hills PD. Sources close to the case tell TMZ that this was simply a routine process, as often times people arrested for driving under the influence are simply cited and released.

For now, Lohan is scheduled to be back in court on August 24.