Not that one would expect any different, but Andy Dick has clearly learned nothing from his Jon Lovitz beatdown. 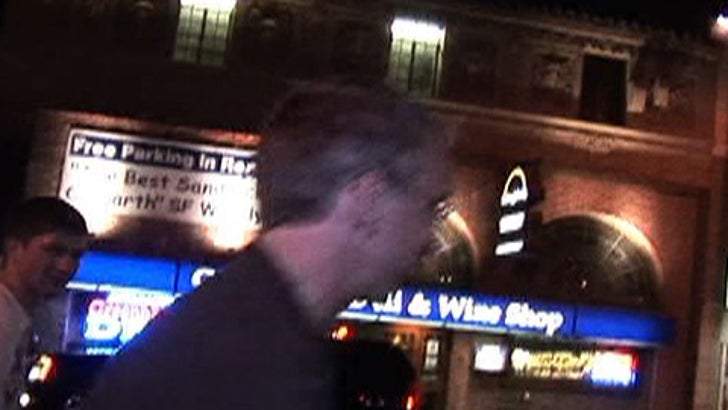 Just a couple weeks after getting pummeled by Lovitz at The Laugh Factory, TMZ cameras caught the Dickster dangerously running across Sunset Blvd. last night, while a club patron shouted, "I'll kick your ass" at the trainwreck "star."

Another TMZ photog noticed Dick later that night outside Area, where Andy seemed to be walking through the parking lot in a daze, then hopped into a waiting limo. An on-site traffic cop told our cameraman that Dick was exposing himself and urinating behind an SUV in the lot.