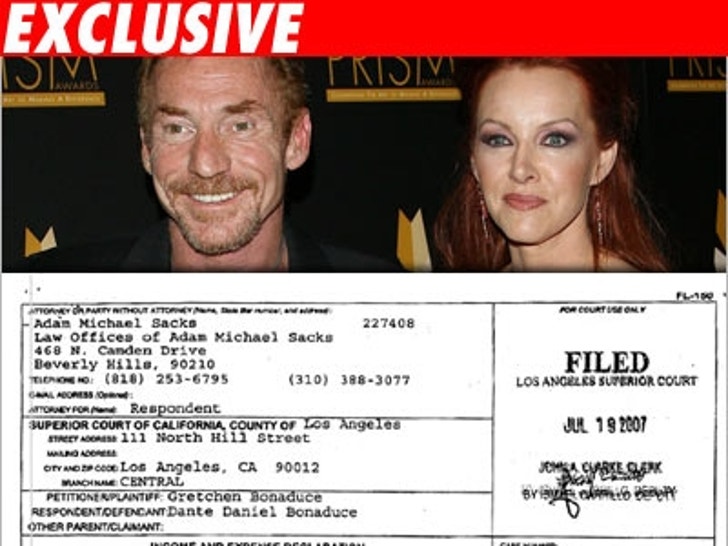 He takes a ton of crap on Adam Carolla's morning radio show, but Hollywood's successfully rehabbed redhead, Danny Bonaduce, is laughing all the way to the bank. 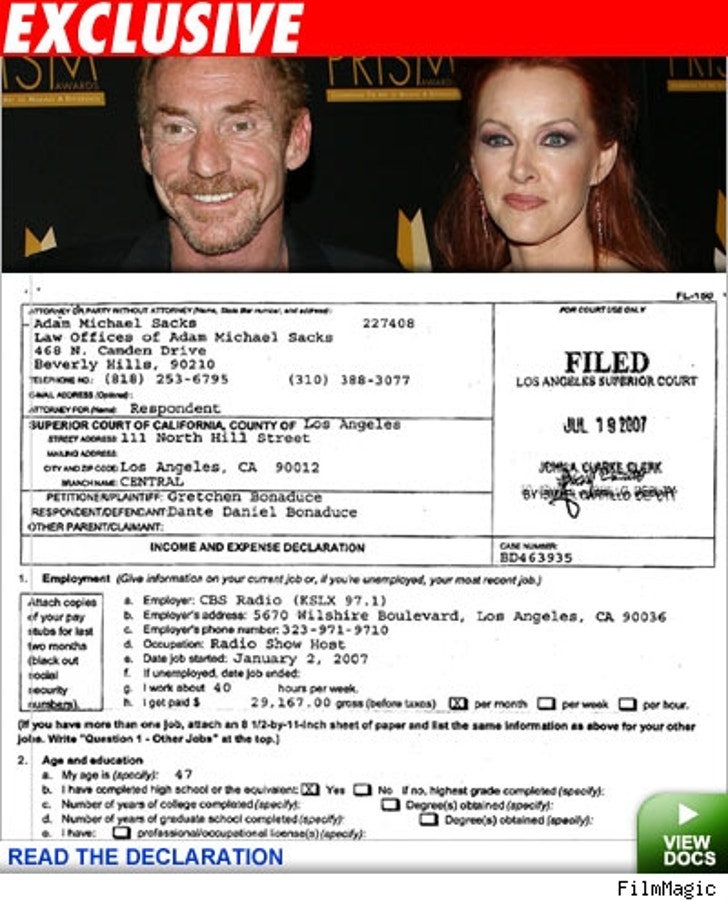 TMZ obtained Bonaduce's income and expense declaration, filed last week in Los Angeles County Superior Court in connection with his very public divorce, in which the actor claims he racks up $29K a month for his role as Carolla's punching bag sidekick. That's a lotta banana hammocks!!

Bonaduce's wife Gretchen filed for divorce in April. The couple had been married for 16 years. She is seeking full custody of their 12-year-old daughter and 6-year-old son, with visitation rights for Bonaduce. She is also asking for spousal support and legal fees.