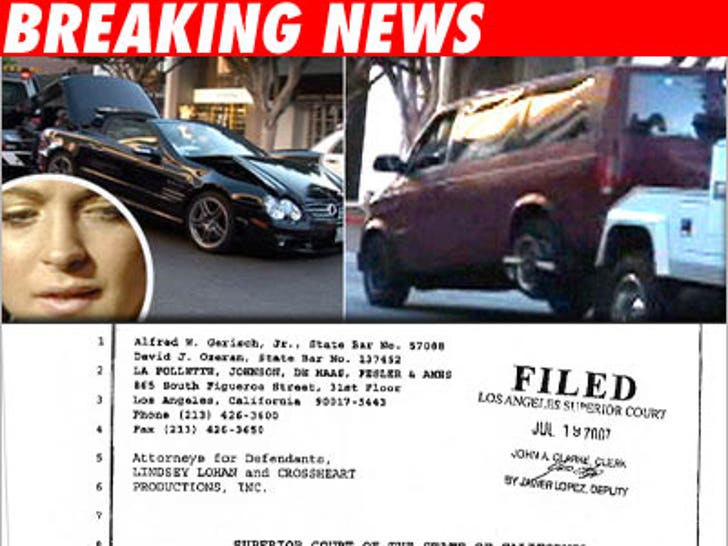 Lindsay Lohan claims that the man accusing her of being liquored-up during a 2005 smash-up is full of s**t -- and she can prove it! 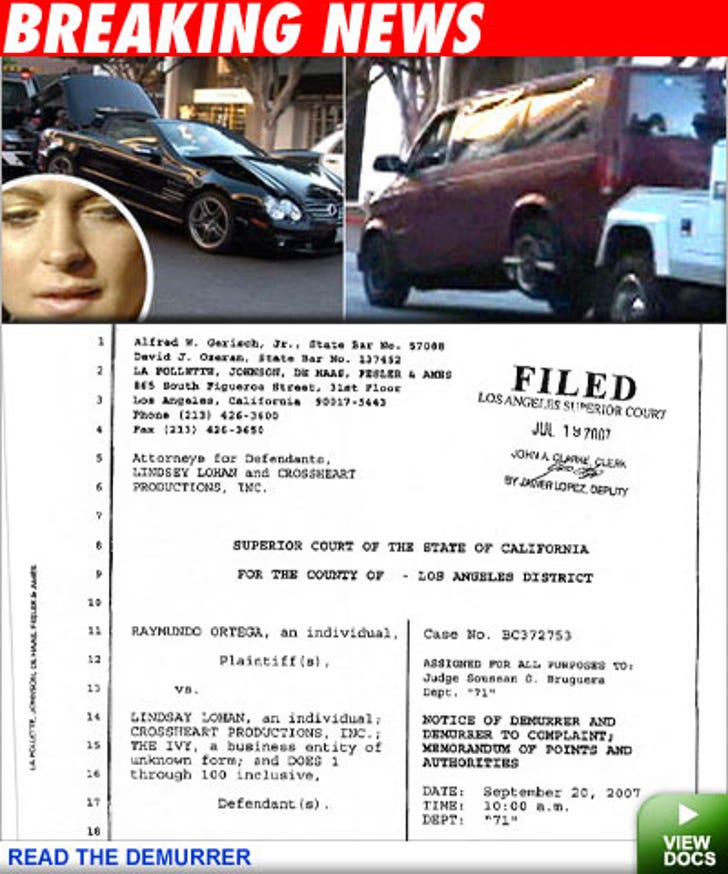 According to legal documents filed last week in L.A. County Superior Court and obtained by TMZ, Lohan claims the boozy accusations in a lawsuit filed last month by Raymundo Ortega are "nothing more than an attempt to extort money from a celebrity by setting forth false and scurrilous allegations in a complaint." Ortega alleged that Lohan "consumed alcohol and became intoxicated" at the famous Ivy restaurant in in West Hollywood before making an illegal U-turn and crashing into his red van.

But Lohan claims that the police report from the scene makes it crystal clear, it said, "MS. LOHAN had not been drinking." The officer at the scene went on to write, "I did not observe any objective signs of either alcohol or drug intoxication and determined that no further investigation regarding intoxication was warranted."