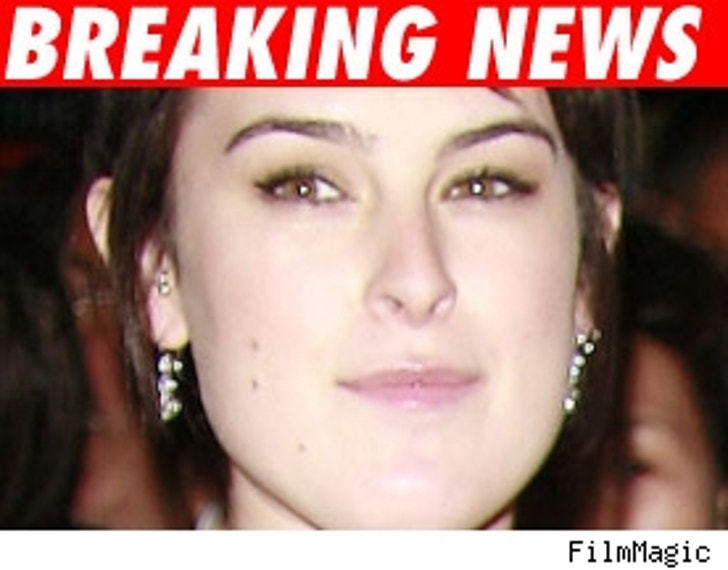 Celebuspawn Rumer Willis, 18-year-old daughter of Bruce Willis and Demi Moore, was caught in the middle of a drug arrest.

"Access Hollywood" reports that Rumer was in a Maryland hotel room where police busted a man for marijuana possession after hotel guests complained about noise. Willis was one of four people in the room. She was not arrested, nor was she being investigated.

Rumer's in Maryland making an indie film called "From Within." No comment from Willis' rep.

Just last month, Bruce Willis told People magazine that he and Demi talked to their kids about drugs, saying, "We have an ongoing conversation. They have the gene, and we warn them: 'You have a predisposition to be an alcoholic.' It's on her side of the family and mine. It's something to be aware of. My kids are strongly anti-drug."