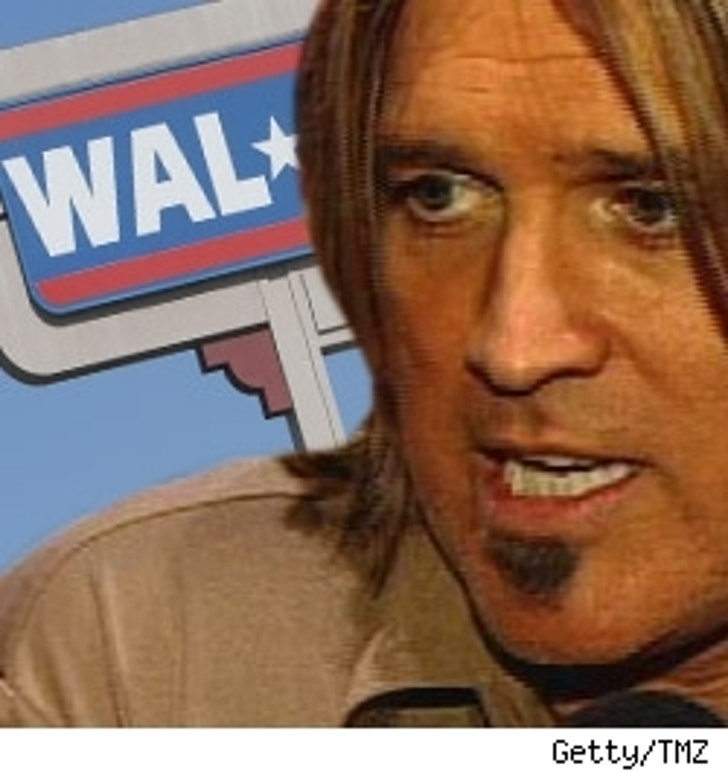 Nobody knows how to break a girl's heart better than a Cyrus. On Sunday, Billy Ray, father of "Hannah Montana" star Miley Cyrus, signed his new CD for thousands gathered at a Wal-Mart in the Stevenson Ranch suburb of Los Angeles ... and made them cry.

Just like the old days (back in 1992), Billy Ray is still making fans sob -- the only difference is that now, half the tears falling were due to the fact that his daughter wasn't at the event! Yes, young girls and boys were heartbroken when told the news that Miley wouldn't be appearing with dad. Miley wasn't scheduled, tweeny fans were just hopeful she'd be there. Sorry kiddies, but it's his CD signing, not hers!

Despite the brokenhearted Hannah fans, the event was a huge success.