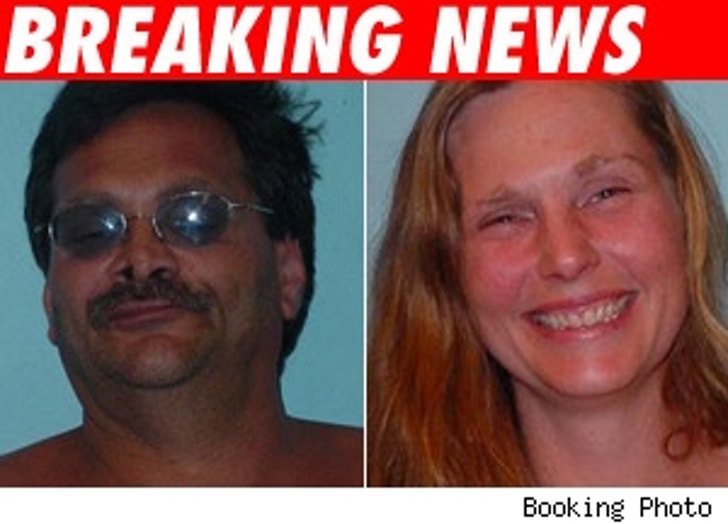 The City of Westlake, Ohio's Police Department loves its washed up bunnies. Last night officers responded to a trailer park (natch) to find two people they say were "under the influence of alcohol." They arrested former Playboy Playmate, Jennifer Jackson, 38, and her hunk of a man, 52-year-old James Thompson -- for disorderly conduct-intoxication. Good times!

According to the cops' press release, Thompson threatened to punch his neighbor. Why? Cops don't know. That's how they roll in the Center Ridge Rd. Trailer Park! And get this -- Thompson says that Jackson is his wife -- but they list different trailer numbers as residences. East wing, west wing.

Jackson, Miss April 1989, has become quite friendly with the folks at Westlake PD, having been arrested for DUI back in July.