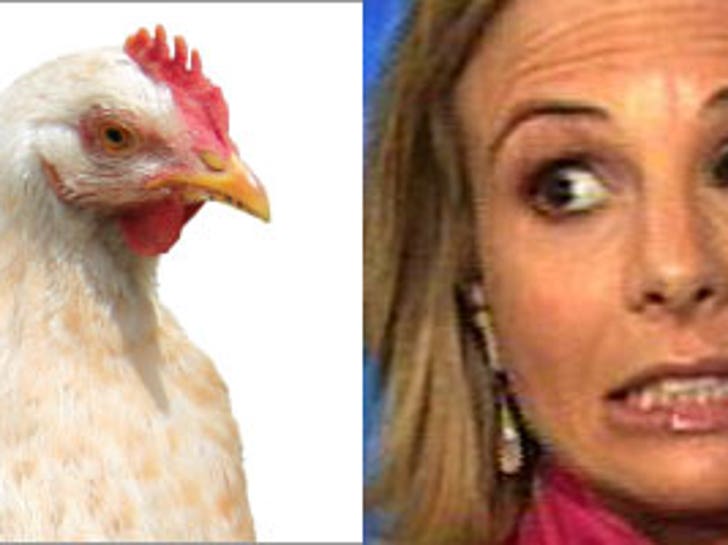 Whoopi's long overdue employment announcement wasn't the only news on "The View" yesterday. Elisabeth Hasselbeck revealed the thigh slapping news that she has chopped off a chicken's head -- and PETA thinks that's just foul! 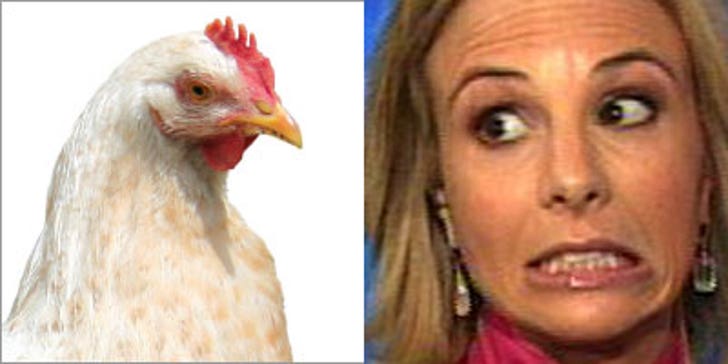 After using hand motions to describe how to accurately decapitate a chicken, grossing out the audience more than she usually does, polite talk then resumed. Now Lizzy's in the soup with PETA, and they had this nugget for the right wing chicken winger:

"PETA has two words for Hasselbeck, 'Cluck you!' Next to Barbara and Joy, who expressed compassion, Elisabeth sat there chirping about the joys of killing defenseless birds. Conservatives love animals too, and she ruffled a lot of feathers today. Now that Whoopi has joined the show, maybe it's time for Hasslebeck's head to go on the chopping block." 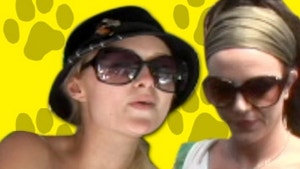 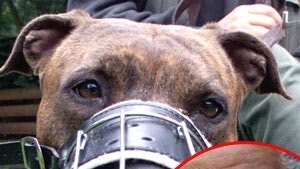