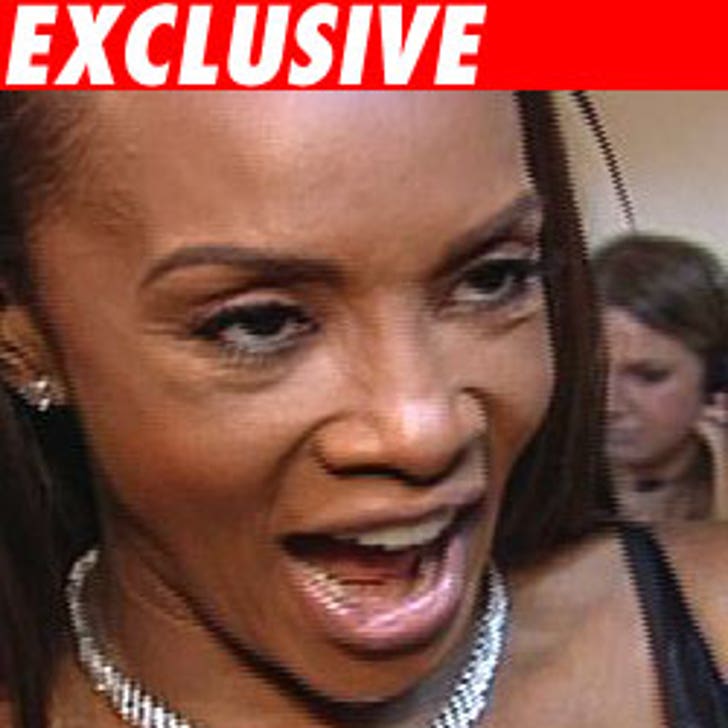 You won't be seeing Vivica A. Fox gettin' her drink on anytime soon -- one sip could bring the burpy DUI queen back in front of the judge.

TMZ was in L.A. County Superior Court earlier today, where a judge ordered Fox to stay stone sober until her September arraignment, but didn't, er, bar the actress from associating with drunks in Tinseltown. "She can be around it [alcohol] because of the nature of her work" the judge said, adding "but she cannot consume or possess it. I am not permitting her to consume alcohol." If she does drink, she could be forced to hand over thousands in bail money, due to the fact that she was originally released on her own recognisance.

The former "Dancing with the Stars" contestant was popped for DUI in March, after she whizzed past cops on the 101 Freeway in Los Angeles. We're told Fox blew a .09 on a Breathalyzer test, just over the .08 legal limit. If convicted, Fox faces a maximum of six months in jail and a $1,000 fine.