Adrian Grenier is no Vincent Chase, but he still has a few bucks to spare. 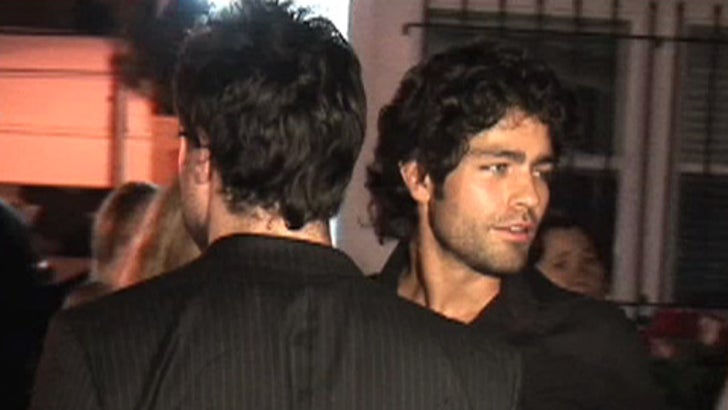 Partying after the premiere of "The 11th Hour" in Hollywood last night, Grenier was overly generous to the rosas lady outside Les Deux -- buying more than a dozen roses, but then telling her to sell them again to make more money. He was less generous to a man who said he was homeless; instead of giving him cash, Adrian chastised paparazzi around them for always lurking around clubs at all hours.

Grenier then told cameras he's "really not worth filming." It must be tough for him to play a movie star who's more famous than he is!