Hollywood leaves a never-ending supply of wannabes and crazies, and it's time to thank the slimy gods of reality TV for cranking out a few more! 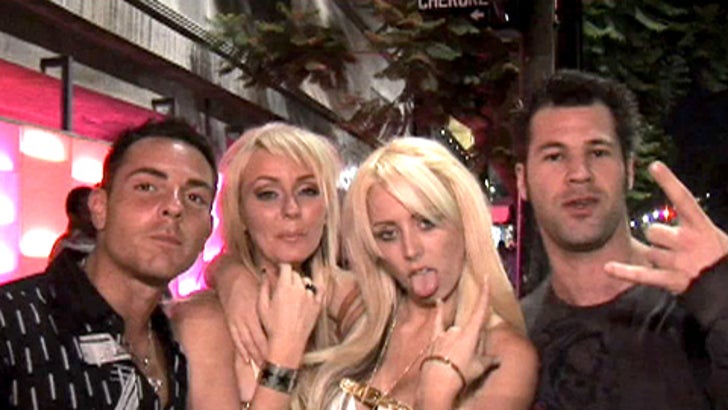 "Rock of Love" "stars" Brandi C. and Kristia, "I Love New York" "hunk" Heat, and Schliz from TV Guide's "America's Next Producer" caused quite the train wreck last night on Hollywood Boulevard -- with the foursome so desperate for attention, they were willing to do practically anything to get in front of a camera.