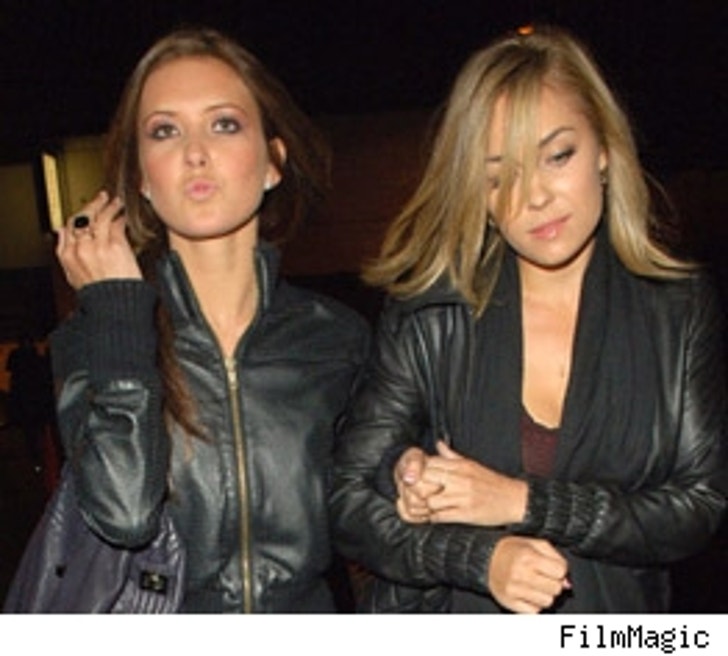 "Hills" good girls Audrina Patridge and Lauren Conrad took a break from feuding with frenemies Spencer Pratt and Heidi Montag to weigh in on the recent spate of hard-partying DUI-ing celebs.

"I think it's interesting that years ago in Hollywood that getting a DUI or going to rehab was something that would destroy your career, and now it's something that makes it," said Lauren to Chris Yandek at TheSportsInterview.com.

Added Tiffani-Amber Thiessen-alike Audrina, "Me and Lauren take cabs everywhere in L.A. at night. We never drink and drive." She never learned proper pronouns either. 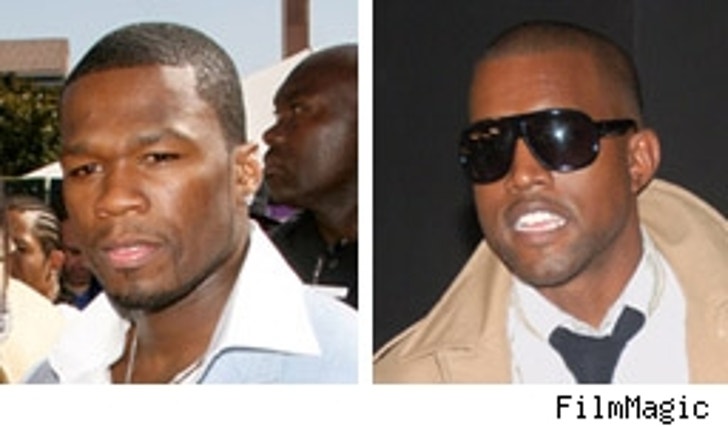 Will Fifty Cent take Kanye, or will "Curtis" drop out while Kanye "Graduates?" Hip-hop heads now have the opportunity to bet on who they believe will win in the head to head battle between Kanye West and Fifty Cent. The egotastic dueling duo are both dropping albums on September 11 and good ol' Half Buck swears he's going to win.

Turns out, the gambling site BoDog.com believe him! Odds are currently 2 to 1 in support of Fifty to both top album sales and debut higher on Billboard's Top 200 Chart. He's gotta lotta fans up in da club!

Abtastic R&B singer D'Angelo followed in the sobriety test footsteps of Hollywood socialites -- by pleading guilty to a DUI on Friday. The Grammy-winning singer was fined and received a suspended jail sentence stemming from the 2005 incident. ... "Underdog" actor Patrick Warburton, who played memorable "Seinfeld" character "Puddy," bares his, uh, soul in the name of acting. Warburton stars in new indie comedy "The Civilization of Maxwell Bright" and drops trou -- and everything else in the film. Clips of a totally naked Warburton are already making the rounds on the Internet! What is the deal with the naked guy?