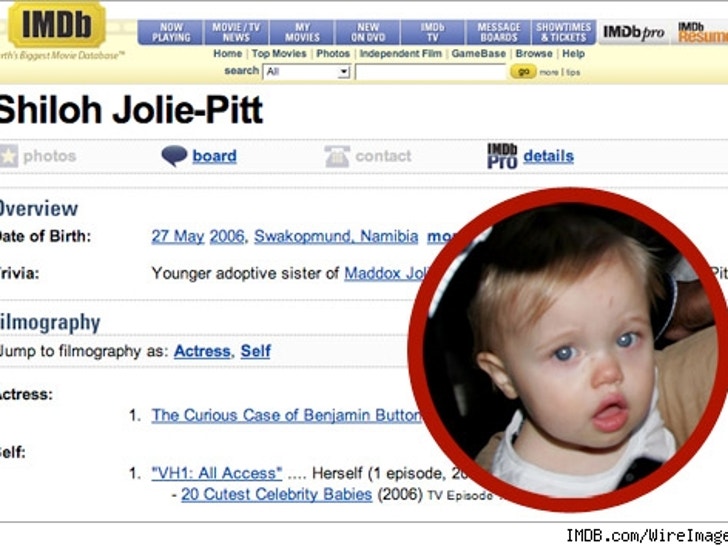 Trolling through the IMDB page for the new Brad Pitt movie "The Curious Case of Benjamin Button," one cast member pops out from the rest -- Brad's daughter! 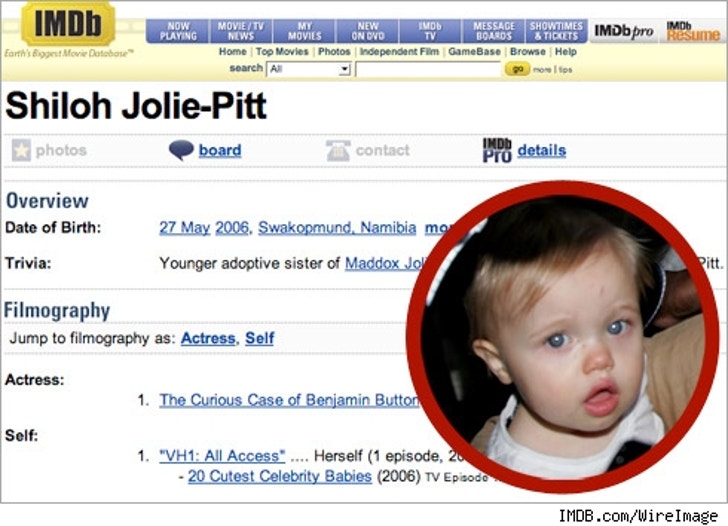 The Spawn of Brangelina is listed among the credits, below the likes of Cate Blanchett, Tilda Swinton and Elle Fanning. Shiloh is credited below Dakota's little sis? Somebody call her agent!

The movie, based on a 1922 short story by F. Scott Fitzgerald, is about a 50-year-old man who begins aging backwards -- perhaps Shiloh plays the role of Brad as an infant? We can see the resemblance.