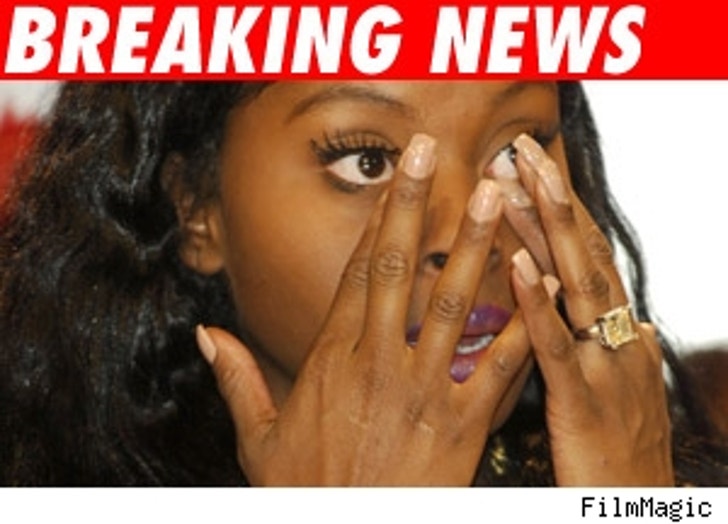 Channeling her inner Naomi, rapper Foxy Brown has been arrested for smacking her neighbor upside the head with her Blackberry.

The 27-year-old, whose real name is Inga Marchand, turned herself in to NYPD yesterday afternoon to be booked on felony assault, menacing, harassment and criminal possession of a weapon. She was arraigned and released on $5,000 bail.

Cops say the "Ill Na Na" rapper, who is currently on probation, smacked her 25-year-old neighbor on July 30 with her Blackberry during an argument. According to police, the victim nearly lost some teeth, and her lip and eye swelled up. Nasty! A police report was filed and Foxy agreed to turn herself in.

She's due back in court on September 26th.