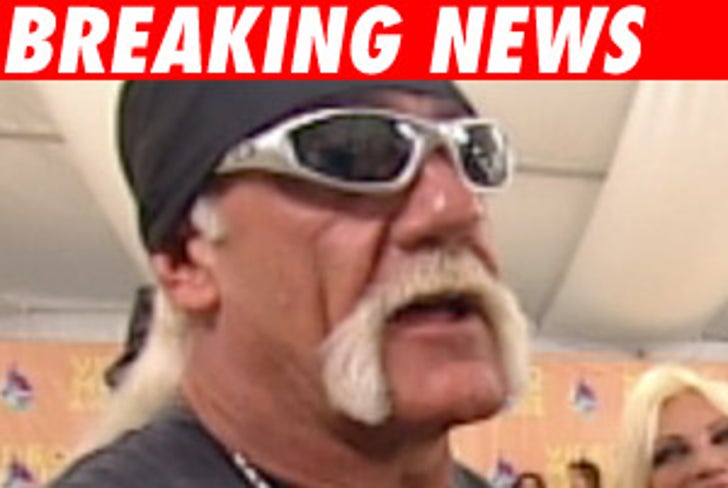 TMZ has learned that Hulk Hogan's Miami Beach home was robbed of a reported $100,000 worth of jewelry just last night. Damn!

The Hulkster and his family were in the process of moving out of their home, when the jewelry was reportedly taken from right under their nose. Some of the pricey gems that have gone missing include a diamond-encrusted watch and two gold chains.

Sources close to the Hogans tell TMZ that the family was in the middle of moving to a new Hulk-palace when they discovered that the jewelry was gone.