An oxymoron is a figure of speech that combines two normally contradictory terms, like "jumbo shrimp" or "deafening silence." 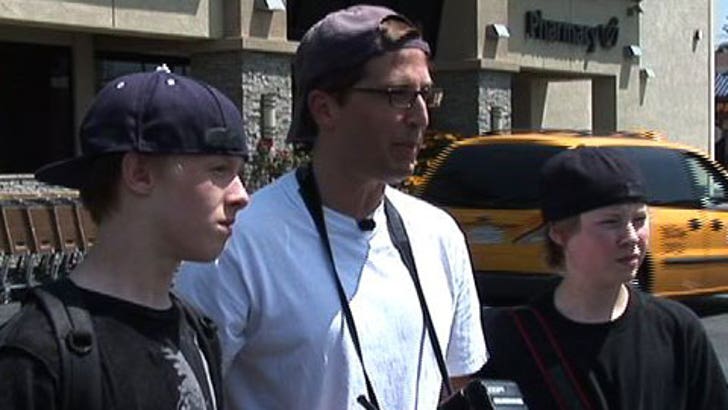 "Idiot paparazzi," however, is not an oxymoron.

Instead it's a segment on the Fox show "Talkshow with Spike Feresten." TMZ was there as Spike and his merry band of idiots went trolling for celebrities, only to confuse regular people with the likes of Paula Abdul and Oprah Winfrey. Come on, even the paps aren't that stupid.

"Talkshow with Spike Feresten"
has its second season premiere September 15 on Fox.