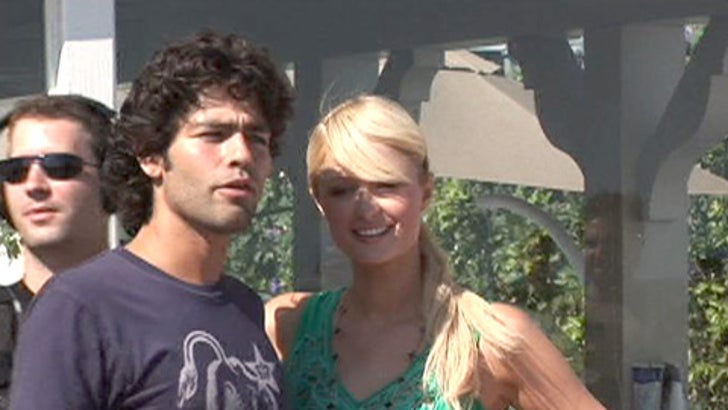 TMZ caught the twosome holed up at Paris Hilton's Malibu pad yesterday, where they were once again shooting something for Adrian's paparazzi documentary. Photogs outside kept yelling for them to come out for a quick photo session, and Adrian finally appeared with an intriguing offer: he and Paris would come out if the paparazzi promised to leave Paris alone for the next two days. For a guy shooting a documentary about the paparazzi, attempting to get rid of them probably isn't a keen strategy.

The paps "agreed" (anything for the shot!) ... but it's safe to say there's still plenty of camera-wielding "beachgoers" parked on the sand outside Hilton's home.