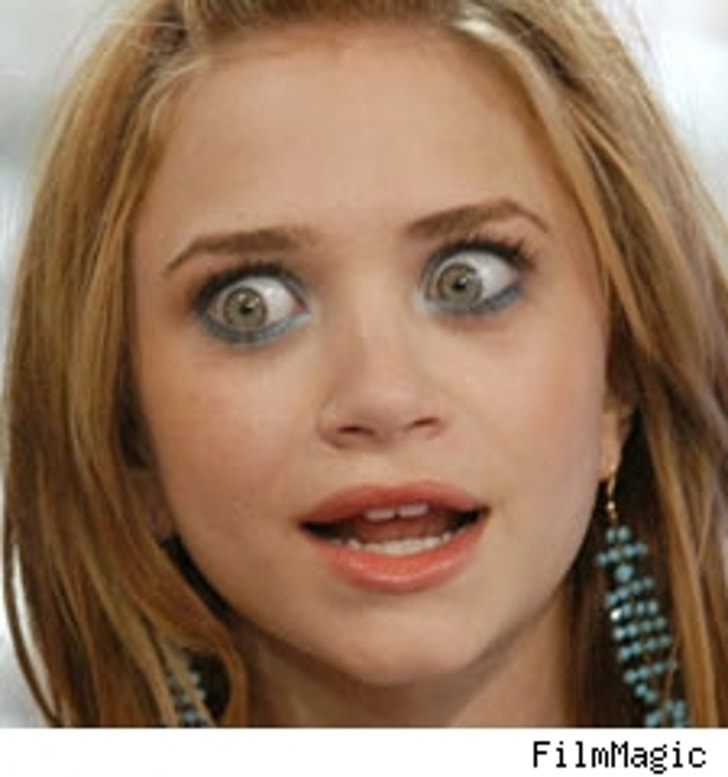 No one was the tiniest bit shocked when teeny Mary-Kate Olsen decided to ditch NYU, but she didn't drop out because of weight issues, dislike of study, or a sudden realization that she was a teenage multi-millionaire with as much use for a college education as Britney Spears has for a live mike.

The rapidly-aging celebutwin tells New York magazine this week that she bailed on NYU because she was spooked by classmates who were spying on her; selling their snitchy stories to tabs and working at glossies that were happy to receive dispatches from the classroom. "They'd have internships at the weeklies," says MK. "Learning is not fun if you're not safe."

The mag points out that the "Weeds" guest star didn't actually drop out -- she's still enrolled and has only a year-and-a-half to go for a degree. MK and Ashley are in the midst of launching a new fashion line, The Row, which will be most conspicuous for the absence of any trace of the mini twins themselves, either in face or name.