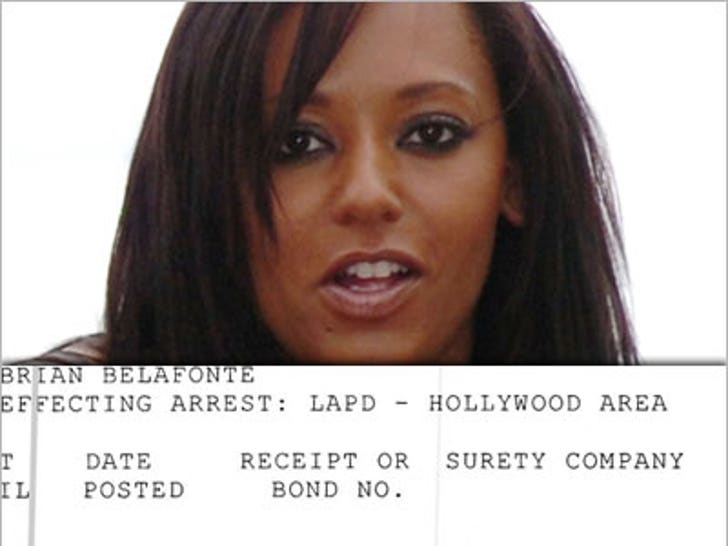 Melanie "Scary Spice" Brown is proclaiming to the hills -- and Hello! magazine -- that her new hubby, Stephen Belafonte, isn't an "aggressive, violent, woman batterer" and that "papers" don't directly implicate Belafonte. But TMZ has obtained court documents that suggest otherwise. 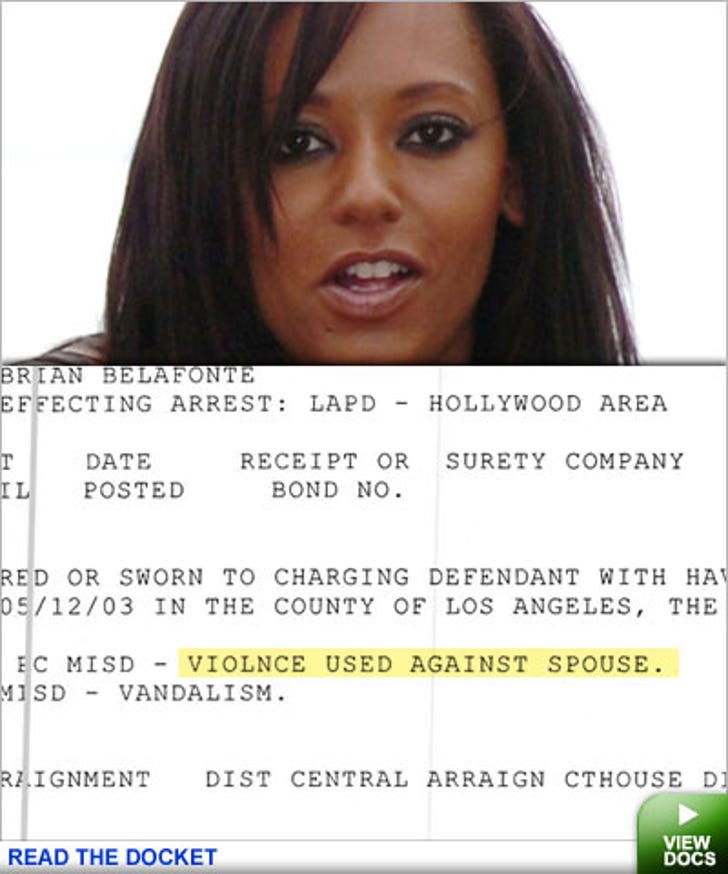 According to the court docket from L.A. Superior Court from 2003, Belafonte was charged with -- and then pleaded no contest to -- "violnce [sic] used against spouse" as well as vandalism. The record shows that he originally pleaded not guilty, but then withdrew that plea to avoid jail time. The rest of the docket lays out a string of missed court appearances, arrest warrants -- and Belafonte's attendance in domestic violence counseling.

Still, Mel B's clearly giving Belafonte a free pass. "For him to seen as a wife beater," she tells Hello!, "is devastating for me because he's not -- he never has been." On the other hand, Eddie Murphy's baby mama seems to know that her new guy isn't exactly a paragon of virtue: "He hasn't been the best of people. I know everything that he's done. He went through group therapy and counseling, but he's fully aware of what he's done."

Stephen's ex Nicole Contreras apparently agrees as well. She issued the following statement this afternoon to TMZ: "Stephen Belafonte and I had a long relationship that ended mutually. Despite reports, there was never any physical violence involved in the relationship. We share a beautiful three year old daughter together and
are amicable."