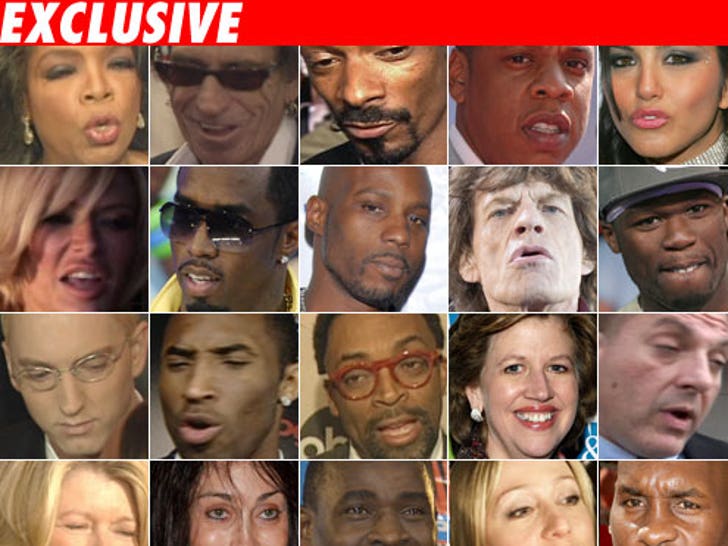 Oprah Winfrey, Condi Rice, and Colin Powell are among a host of A-list celebs who were just subpoenaed in a racial profiling case in a Michigan Federal Court. 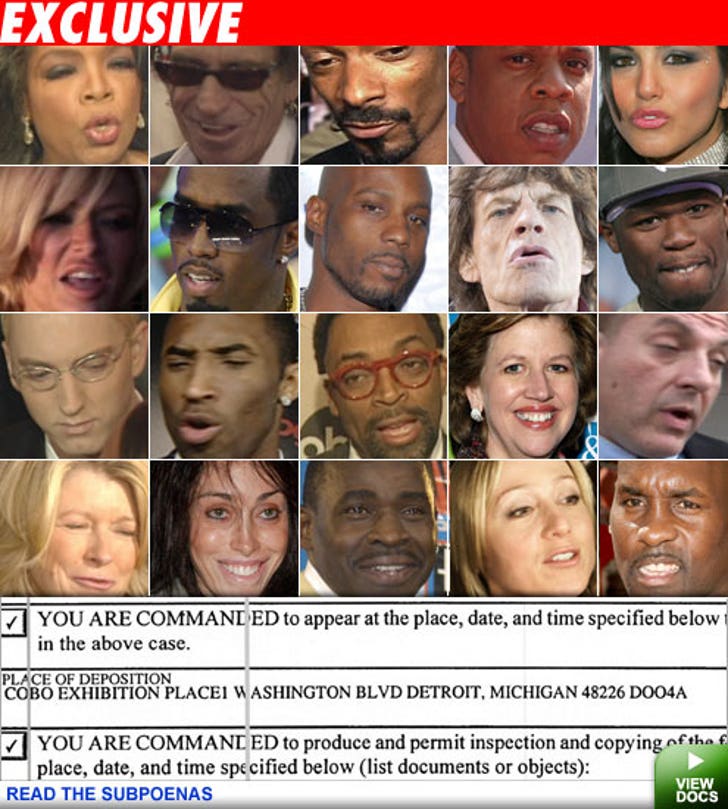 TMZ obtained court documents filed yesterday, which "commands" that a spectacular list of celebrities appear for depositions in a lawsuit filed by one Jerome Almon, who alleges that Canada has launched an attack on U.S. black rappers. The lawsuit claims Canadaian officals blame rappers for both increased gangs and gun violence in Toronto and Vancouver, and holds up black rappers at the border.

The list goes on to include Paris Hilton, Mick Jagger, Keith Richards, Snoop Dogg, DMX, Diddy, Jenna Jameson, Jay Z, 50 Cent, Eminem, Kobe Bryant, Spike Lee, Tom Sizemore, Martha Stewart and Heidi Fleiss. Mr. Almon, CEO of MurderCap Records, tells TMZ, "The white celebrities have been directed to appear, in order to show the hypocritical nature of Canadian policy toward rappers. Some of the white celebrities have far worse records than these rappers, but are still allowed to enter Canada with the red carpet rolled out."

Trip to Motor City ... everybody!