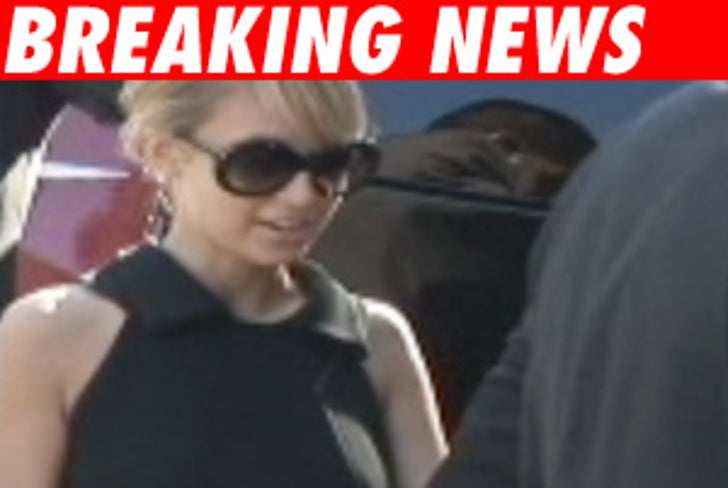 Just 82 minutes after Nicole Richie checked herself into Lynwood jail, she left a free woman. Hard time her ass!

According to the official website of the L.A. Sheriff's Dept., Richie checked in at 3:15 PM and was released at 4:37 PM. She was assigned to a cell for only 35 minutes! It takes longer to watch an episode of "The Simple Life" ... and it's more painful!

A Sheriff's source tells TMZ Nicole was routinely processed and released according to normal operating rules.

One of the more brilliant moves by Nicole's lawyer, Shawn Chapman Holley, who snuck Nicole in and out while everyone was focused on Lindsay. Well played! 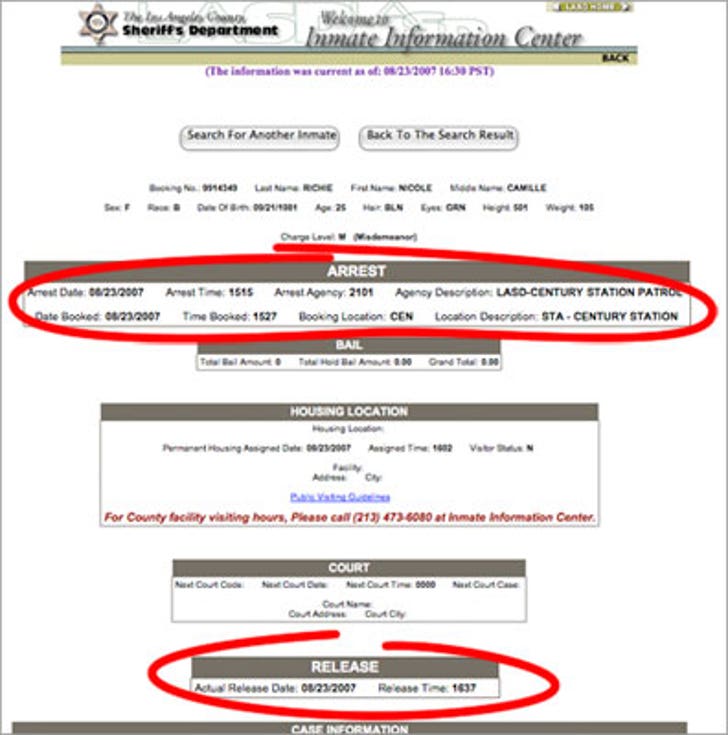