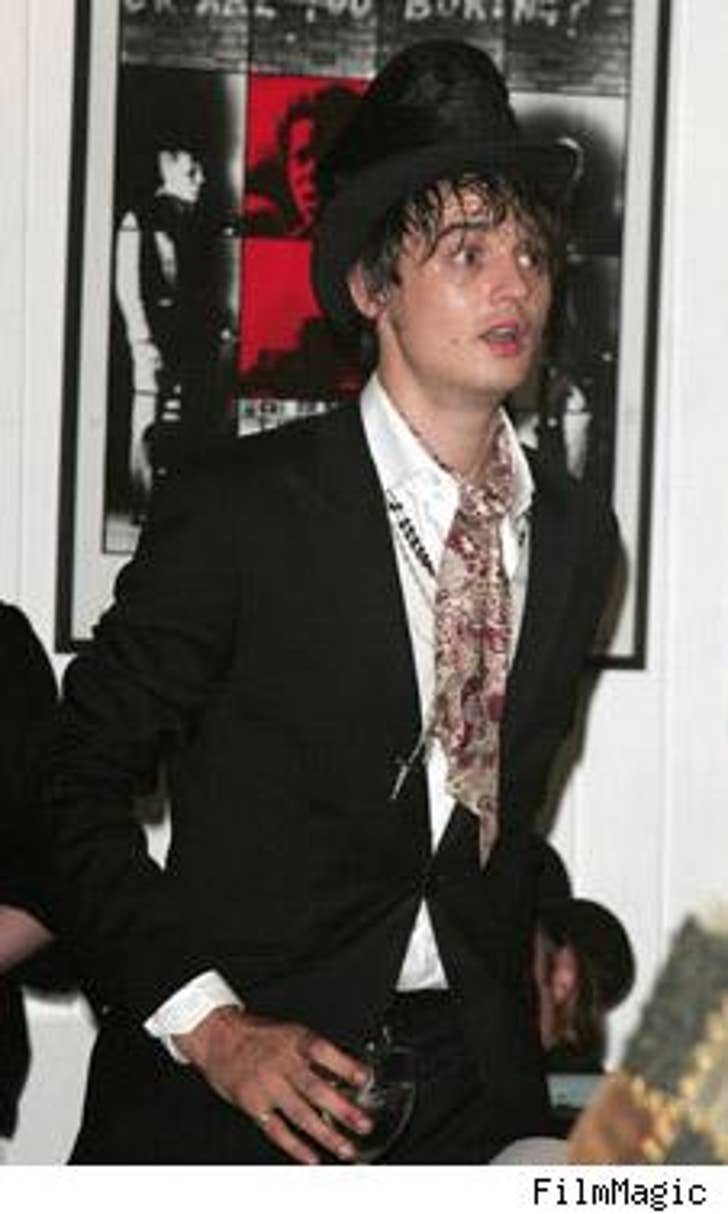 Rambling rocker Pete Doherty shambled back to rehab on Thursday after a drama-filled week that involved a run-in with a photographer and another drug-related arrest.

Babyshambles frontwreck Doherty checked in to Cloud's House rehab center in Salisbury, England, after allegedly chasing and assaulting photographer Cath Mead. Cath claims her hair was pulled and camera smashed in the attack.

Cloud's House has served such illustrious clients as Robbie Williams and Boy George.

Earlier this week, a Kate Moss-less Doherty was arrested (yet again) on suspicion of drug possession. He was released on the condition that he live with a friend in Somerset.