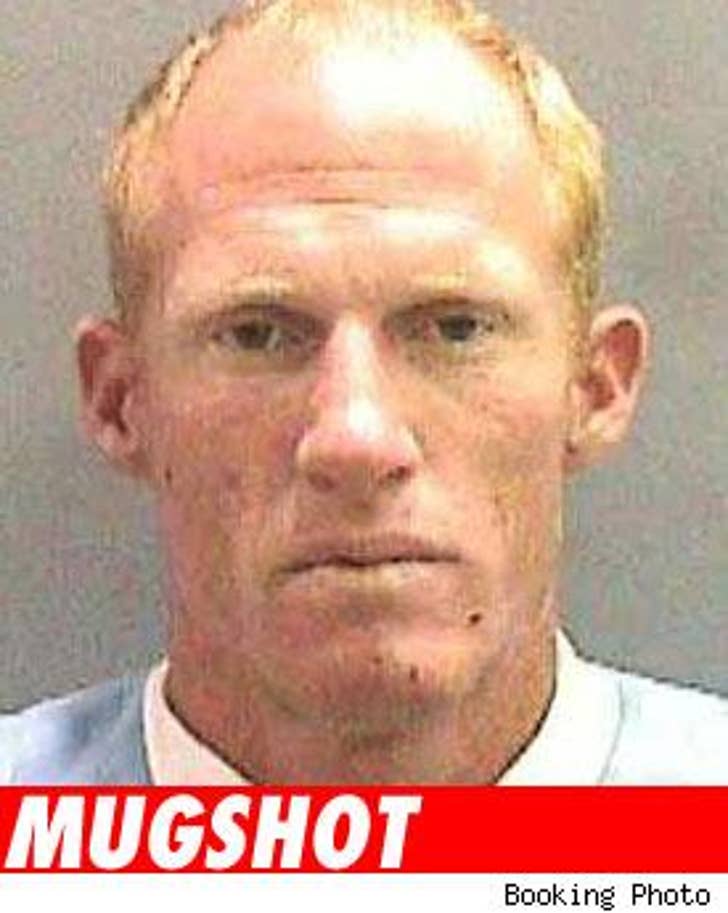 Former USC great, NFL flop, and not-that-bad Arena Football star Todd Marinovich was arrested this weekend after cops say he was hiding almost a gram of methamphetamine, a syringe and a spoon in his guitar case.

According to sources, 38-year-old Marinovich was skateboarding near the Newport Pier in Orange County -- where boarding is strictly prohibited -- when police approached him. Cops say a frightened Marinovich then took off, leading them on a short chase. Cops caught up with the former QB, who was never much of a scrambler, hiding in a carport six blocks away.

Todd has nine prior drug-related cases in Orange County, and was on probation for a previous drug conviction.

Marinovich appeared in a Newport Beach court yesterday, where he plead not guilty to three misdemeanor charges. He will remain in custody until the Sept. 6 hearing.