With his head down and a mopey look on his face, Bobby Brown walked into a packed Orange County Superior Court just moments ago -- to fight Whitney Houston for partial custody of their 14-year-old daughter, Bobbi Kris. 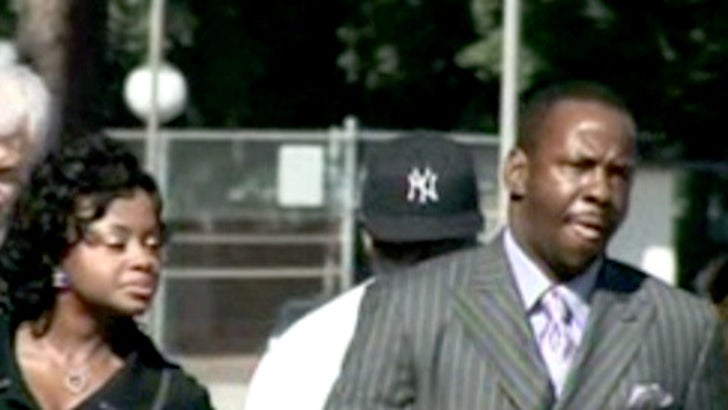 Brown, who rocked a sharp, pinstriped suit with a stylish purple tie, is hoping to overturn a default judgment that ended his marriage to Whitney and gave her sole custody of their daughter.

When asked about what he expected to get out of today's hearing, Brown simply responded, "No comment."

Inside the courtroom, the judge set up the ultimate showdown -- when she ordered both Bobby and Whitney into court to see who's the more credible parent -- in person. But a short time later the plans may have changed, when the judge considered Houston's request to videotape her deposition and send it in instead. Whitney's lawyers argued that the former diva is in the middle of hammering out a new record deal in Atlanta ... and can't be bothered.

As Bobby made his way out of court, he told TMZ, "I can't wait for this to be over." The next court date has been set for Oct. 22.