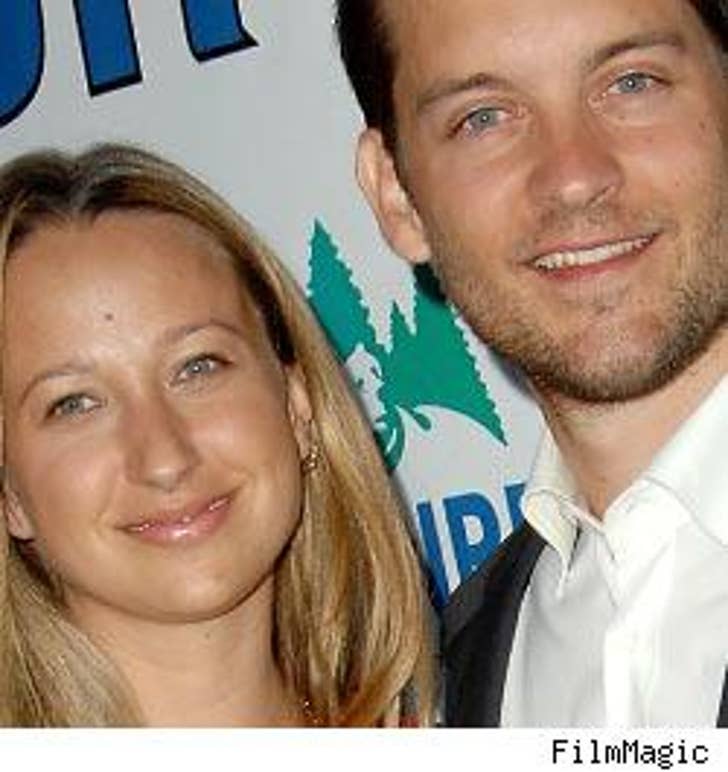 In Touch is reporting that actor Tobey Maguire married his baby mama, Jennifer Meyer, in a secret ceremony in Hawaii last night.

The couple, parents of 9-month-old Ruby Sweetheart, were reportedly hitched in a sunset ceremony on Maui. The mag reports only a handful of their close friends were in attendance, one being actor Lukas Haas.

Maguire and Jennifer, daughter of Universal Studios head Ron Meyer, have been dating for four years. We're told Leonardo DiCaprio, Tobey's best buddy, was in attendance for the nuptials.