Rapper The Game, real name Jayceon Terrell Taylor, arrived in a Los Angeles County court today with celeb lawyer Shawn Chapman Holley, to face charges of making a criminal threat and possession of a firearm in a school zone -- and he couldn't have been in a better mood about it. Maybe someone didn't explain the whole thing to him. 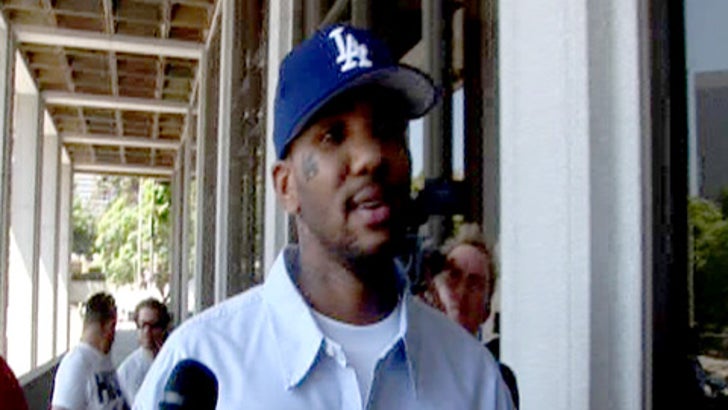 Walking with a considerable limp, The Game told our photogs that he was there to "ride all the rides at Disneyland." You have to be at least THIS TALL to carry a gun around!

Then someone asked how he was feeling -- you know, facing charges and all -- but Game said he felt "like eating some more El Pollo Loco." Tell it to the judge, pal!

UPDATE: The judge ruled there was sufficient evidence in the case, and The Game will stand trial on the three felony charges. He is out on $50,000 bail and his next court date is September 25.