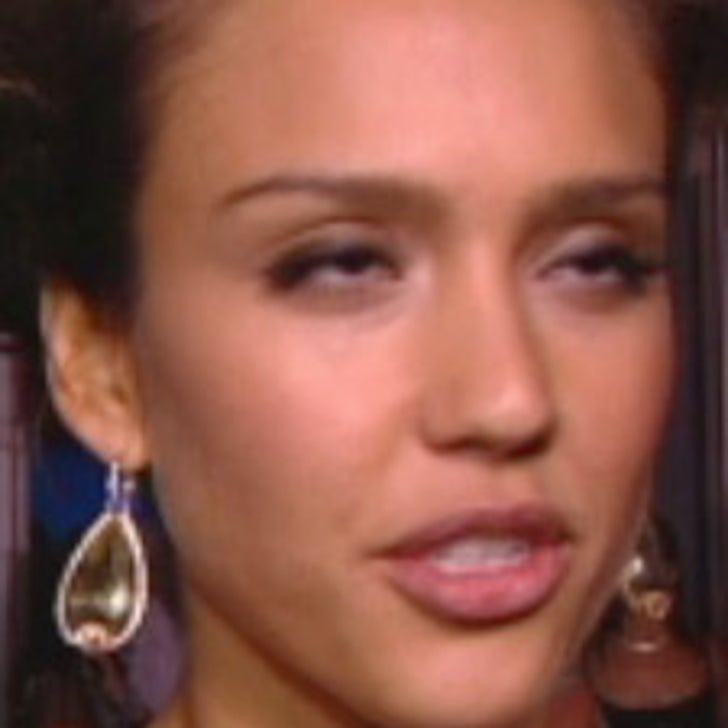 But according to Cambridge University Professor Richard Weber, who worked on the mathematical equation, Alba wasn't the winner. Weber was commissioned to determine the sexiest swagger by Clarion Communications, a PR firm that reps a hair removal product. He says the reported results are bogus -- Angelina Jolie is actually the sexiest strutter.

Adds scientist Ben Goldacre, writer for the Guardian, Clarion already had a winner in mind when it commissioned the study. Goldacre was told by a Clarion rep that in order to highlight the product, they wanted "Beyonce to come out on top followed by other celebrities with curvy legs such as J-Lo and Kylie, and celebrities like Kate Moss and Amy Winehouse to be at the bottom -- e.g., skinny and pale unshapely legs are not as sexy."

According to a survey of 800 men, and Weber's mathematical estimations, Beyonce was actually ranked fourth and Angelina Jolie was the first place pick. Alba ranked 7th in the survey -- near the bottom -- but was chosen by Clarion as the winner for her "shapely curves and smooth, glossy legs," according to a Veet press release.

Said Weber, "The Clarion press release was not approved by me and is factually incorrect and misleading in suggesting there has been any serious attempt to do mathematics here. I do not endorse what the press release says."