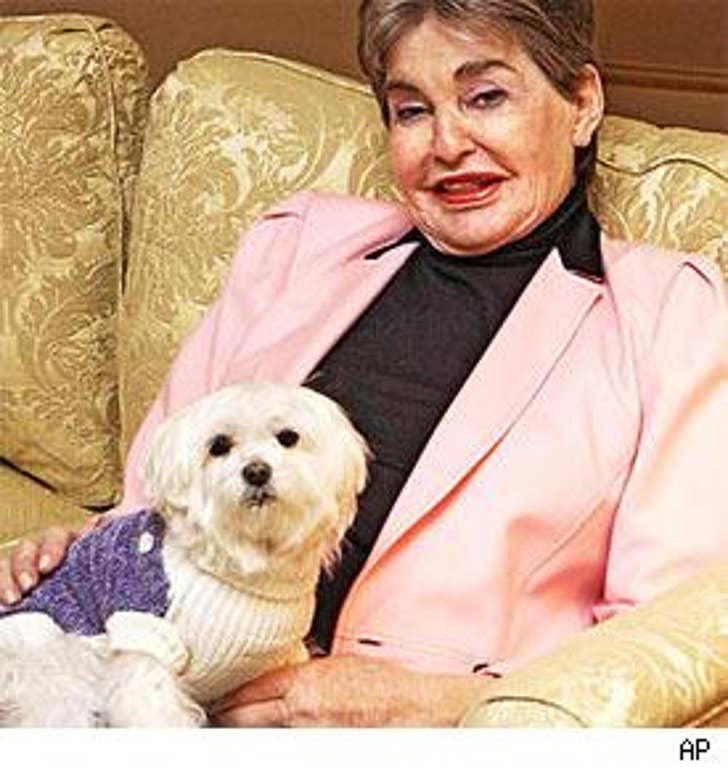 What do you do when you're a hot, blonde, rich little bitch and you've just inherited $12 million? First, you should hire a decent attorney, find a nice place to live ... and get down to the groomer for a decent nail clipping!

The late Leona Helmsley's dog, Trouble (lower left), is in a bit of trouble. It seems the pampered pup isn't wanted by Leona's brother, Alvin Rosenthal, and the bitch (Trouble) has had to make do -- living with a few servants in Leona's massive Connecticut mansion, reports The New York Post. Arf!

Sources say the canine socialite needs a lawyer to ensure that Leona's wishes are carried out -- including her desire to have the pup eventually entombed alongside her and husband Harry Helmsley -- as NY laws forbid dog remains to be buried with humans. Oddly, New York law has no statute prohibiting burial with Leona (upper right).